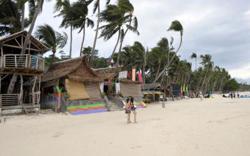 Philippine Department of Tourism would do pilot studies on both antigen and saliva-based testing. The Philippines' Department of Health (DOH) on Tuesday (Oct 20) reported 1,640 new confirmed Covid-19 cases, bringing the total number in the country to 360,775. - Reuters

Puyat noted that a survey previously released by the DOT showed that 77 per cent of its respondents would want to travel but could not afford to undergo reverse transcription polymerase chain reaction (RT-PCR) testing.

So the DOT started looking for alternatives as effective but as the RT-PCR test but "more affordable."

The DOT will shoulder the cost of the pilot testing, according to Puyat. At present, the DOT is conducting a pilot study on the use of antigen tests to detect coronavirus infections in Baguio City. The city, situated in the Philippines' northern Luzon island, is one of the tourist sites that have so far reopened.

In the Baguio, travellers to the city were given the antigen test and RT-PCR test. The results of the two tests were then compared.

Senator Nancy Binay said the DOT could tap the Department of Health (DOH) for help in shouldering the cost of the pilot testing.

Binay noted that 10 billion pesos (S$278 million) had been earmarked for testing under the DOH as provided by the Bayanihan to Recover as One Act.

Meanwhile, the Philippines' Department of Health (DOH) on Tuesday (Oct 20) reported 1,640 new confirmed Covid-19 cases, bringing the total number in the country to 360,775.

The DOH said 369 more patients recovered, raising the total number of recoveries to 310,642. The death toll climbed to 6,690 after 17 more patients died from the viral disease.

Presidential spokesperson Harry Roque said in a televised press conference that the confirmed cases in Metro Manila continue to decrease while the number of active cases across the country is also on the downtrend.

"Based on the latest data, the value of reproduction for the entire Philippines and in (Metro Manila) remains below 1 and is trending in the right direction," the OCTA Research team from the University of the Philippines said, echoing the spokesperson.

Metropolitan Manila Development Authority general manager Jojo Garcia told a public briefing on Tuesday that Christmas parties are not to be held in Metro Manila amid the threat of the coronavirus.

"We encourage the private sector not to have a Christmas party because this is where the transmission of the virus will really start because there is a mass gathering," he added. - Philippines Daily Inquirer/Asian News Network 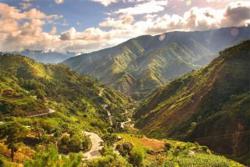 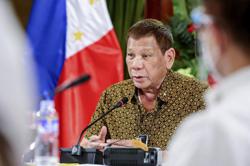