BEIJING, Oct 20 (China Daily/ANN): New growth opportunities in emerging industries such as the internet economy played a bigger role in bolstering economic growth during the first three quarters of the year, officials and experts have announced.

Liu Aihua, a spokeswoman for the National Bureau of Statistics, said China has accelerated its industrial transformation efforts despite the Covid-19 epidemic.

"Internet-based sectors and other emerging sectors, despite the downside pressure, saw strong growth (during the first three quarters)," Liu said during a news conference. "They have played a significant part in epidemic prevention and control, providing residents daily necessities and promoting economic growth."

Liu said 5G network construction, rail transport and other "new infrastructure" construction as well as new types of consumption helped spur growth in China. In September, the number of urban rail vehicles and smartwatches jumped by more than 50 per cent and 70 per cent respectively on a yearly basis, NBS data showed.

"The latest economic data proved that the internet-powered new economy has played an increasingly important role in boosting economic growth," said Chen Duan, executive director of the Zhongjing Digital Economy Research Center. "The new economy has provided strong impetus to the economy, driving deeper integration of the supply and demand sides as well as a wide range of business innovation."

Chen painted a rosy picture of the future development of China's digital economy.

"The booming livestreaming e-commerce has highlighted the huge potential of the new economy. Currently, we are at an early stage in terms of digital development. The future development of new sectors such as 5G-powered new infrastructure construction will help weather the novel coronavirus effect, promote digital transformation in the related industries and further help restructure the economy."

Looking ahead, Chen said that government measures to contain the Covid-19 outbreak, resume work and production and bolster the new economy have been effective.

Pan Helin, executive director of the Digital Economy Academy of the Zhongnan University of Economics and Law in Hubei, highlighted the role of digital growth in the economic recovery process.

"While many traditional industries were hit badly by the Covid-19 epidemic, new types of business like online shopping, livestreaming in e-commerce, online health and online education are holding up better, contributing strongly to the economic growth and employment stability," said Pan.

He highlighted the huge growth potential of digital and industrial digitalization, adding that it would help foster sustainable and high-quality development in the long run.

"On the premise of the government's effective measures to contain the coronavirus pandemic, the digital economy is set to further promote growth in the fourth quarter," said Pan.

After years of development, the digital economy is now the integral driving force for economic growth, said a recent white paper published by the China Academy of Information and Communications Technology.

According to the paper, the added value of China's industrial digitalisation reached 28.8 trillion yuan (US$4.3 trillion) in 2019, accounting for 29 per cent of the country's GDP. - China Daily/Asian News Network 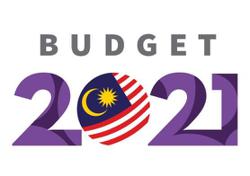 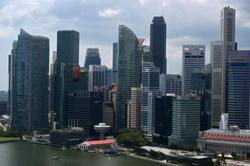