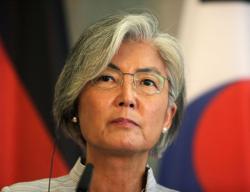 Kim made the remarks on Monday in a reply message to Xi, who sent a congratulatory letter to Kim earlier this month to mark the 75th founding anniversary of the North's ruling Workers' Party.

China is North Korea's most important trading partner and a key source of food, arms, and fuel, giving Beijing significant leverage over Pyongyang.

Earlier this month, North Korea showcased a new intercontinental ballistic missile capable of striking any part of the continental US during a military parade to mark the 75th founding anniversary of the Workers' Party. Meanwhile, South Korea added 58 new coronavirus cases -- 41 locally transmitted and 17 imported from overseas -- in the 24 hours ending midnight on Monday, according to the Korea Disease Control and Prevention Agency on Tuesday (Oct 20).

“So far, the coronavirus situation is showing a stable trend. But it is about time we will begin to see the impact of the Level 1 social distancing rules,” Kwon Jun-wook, KDCA’s deputy director, said at a briefing Tuesday.

Korea lifted most Covid-19 restrictions, except for mandatory mask-wearing in many parts of the country, on Oct. 11 as the country saw no surge in infections despite back-to-back holidays in late September and early October.

Tuesday’s tally is a drop from 76 posted for the previous 24-hour period.

Sporadic outbreaks, however, continue to pop up in connection with social gatherings and hospitals across the country.

A new cluster of infections was detected from a gathering of friends in southern Seoul, as 10 people had tested positive for the virus as of Tuesday. The first case was reported Thursday.

The number of Covid-19 patients in serious or critical condition here was 71 as of Tuesday.

Three more people died from the virus, bringing the total death toll 447. The overall fatality rate is now 1.76 per cent.

So far, of the 25,333 people confirmed to have contracted the new coronavirus here, 23,466 have been released from quarantine upon making full recoveries, up 98 from a day earlier. Some 1,420 people are receiving medical treatment under quarantine. 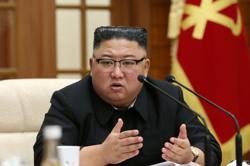 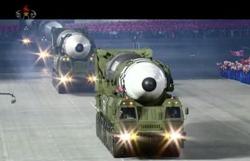