Suga is expected to promote efforts to achieve a "free and open Indo-Pacific," in a veiled counter to China's growing influence in the region, as well as agree with Phuc to facilitate the cross-border flow of medical supplies and other goods, according to Japanese officials.

During the meeting, both leaders are also expectd to agree on resuming flights between Vietnam and Japan on normal terms again.

Japan is looking to diversify its supply chain to mitigate risks brought to light by the Covid-19 crisis, including its reliance on Chinese imports for face masks.

The government is handing out subsidies to firms that move production to Southeast Asia, which is both geographically well-placed and can provide relatively cheap labour. 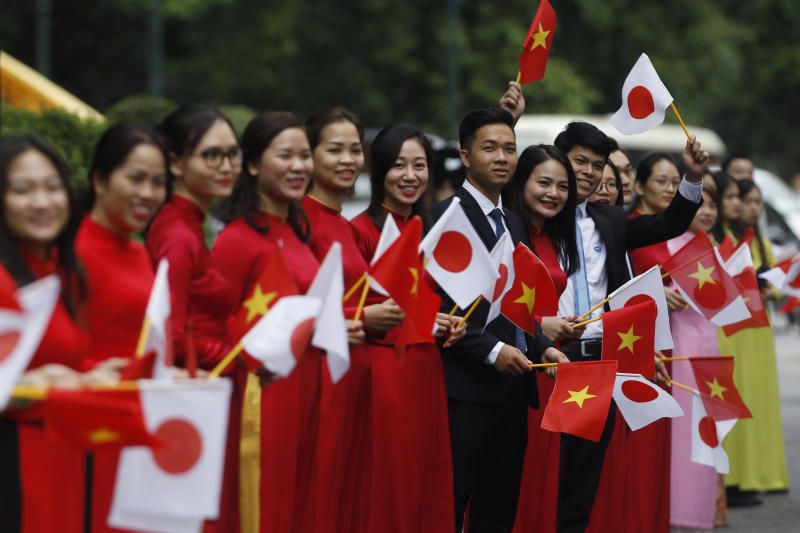 Of the 30 firms chosen so far to receive the subsidies, ranging from manufacturers of medical gowns and disinfectant wipes to car engine parts, half are planning to set up in Vietnam.

The countries are close to reaching a military agreement that would enable Japan to export defense equipment and technology to Vietnam, including patrol planes and radar that would help improve its surveillance capabilities, and the pact could be signed during Suga's visit.

Suga, who became prime minister in mid-September after his predecessor Shinzo Abe stepped down for health reasons, is also slated later in the day to make a policy speech at the Vietnam Japan University, which opened in 2016 with funding from both countries.

After meeting with other Vietnamese political leaders including National Assembly Chairwoman Nguyen Thi Kim Ngan, Suga will fly to Jakarta on Tuesday for a meeting with Indonesian President Joko "Jokowi" Widodo. 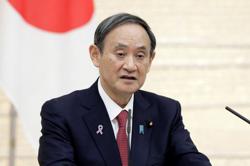