HONG KONG, Oct 18 (SCMP): China’s embassy in Italy has warned its citizens against “blind optimism” about the spread of the coronavirus after nearly 100 Chinese citizens contracted the pathogen in the country.

Italy remains one of the hardest-hit countries in Europe as the continent enters its second wave of coronavirus cases.

“Recently, there have been many cluster infections in the Chinese community [in Italy], related to the gathering of people as work and production resume,” the embassy in Rome said in an alert on Friday.

It said that nearly 100 Chinese travellers and exchange students had been infected, and that some of the cases were serious.

“Don’t fall under the influence of blind optimism. Please constantly remind yourself that the epidemic is still stronger than a tiger,” the embassy said, urging people to take extra hygiene precautions at work and school.

Italy and other European countries are stepping up coronavirus prevention measures as the number of daily infections in the second wave surpasses the first.

Italy reported more than 8,000 new coronavirus cases on Thursday, higher than the peak of around 6,500 cases per day in March.

Infections dropped to one to two hundred cases per day during the summer before starting to increase again in August and September.

Last month China’s embassy warned Chinese foreign exchange students of the rising number of infections in Italy, and told them to avoid gatherings and step up hygiene measures as schools went back into session after the summer.

Portuguese football star Cristiano Ronaldo, who plays for Italian club Juventus in the city of Turin, tested positive for the coronavirus this week and was accused of violating virus control measures that limit travel.

Elsewhere in Europe, infections are also on the rise. Germany reported more than 6,600 cases on Thursday, above its first-wave high, while France reported 30,000 new infections on Thursday. - South China Morning Post 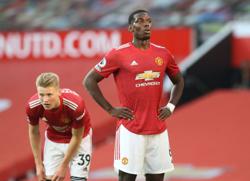