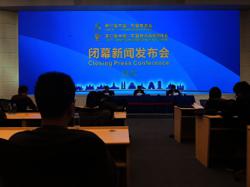 The event, which concluded on Sunday, set up seven galleries showcasing a great variety of educational equipment covering all ages, as well as providing educational training and consultant services.

The three-day fair, sponsored by the Nanning city government and the Guangxi branch of the China Council for the Promotion of International Trade, drew some 300 enterprises from across the country, including many from Beijing, Shanghai, Zhejiang and Guangdong