Bloomberg News, Oct 17 (Bloomberg): The US reported the most daily infections in two months as temperatures begin to dip across the country. Total cases in the country topped 8 million while global infections surpassed the 39-million mark.

Singapore had fewer than 100 active coronavirus cases on Friday, the first time it’s dropped below that level in seven months. The Australia-New Zealand travel bubble hit a snag.

Germany to Italy to Portugal reported record cases as the pandemic’s accelerating resurgence across Europe forced fresh lockdowns. Londoners will be banned from mixing with other households indoors, while residents of Paris and eight other major French cities will be confined to their homes between 9 p.m. and 6 a.m. for four weeks.

Global Tracker: Cases exceed 39 million; deaths top 1.1 millionCovid-19 cases spread across the U.S. as winter nearsVirus surge crimps Europe with London and Paris leading the wayMoody’s cut the U.K.’s rating by one notch to Aa3, its fourth-highest rankingA Hong Kong-Singapore travel bubble will reopen financial hub linksWho’s succeeding against the coronavirus and why: QuickTakeSubscribe to a daily update on the virus from Bloomberg’s Prognosis team here. Click CVID on the terminal for global data on coronavirus cases and deaths.

About 500 seafarers returned to Myanmar on Friday after they were stranded abroad due to suspended commercial flights amid the coronavirus pandemic, the state-controlled Global New Light of Myanmar reported.

Singapore’s active coronavirus cases fell to the lowest level in seven months as the government reigns in local transmissions. There were 89 active cases in the city-state, falling below 100 for the first time since March 12, the Ministry of Health said Friday. 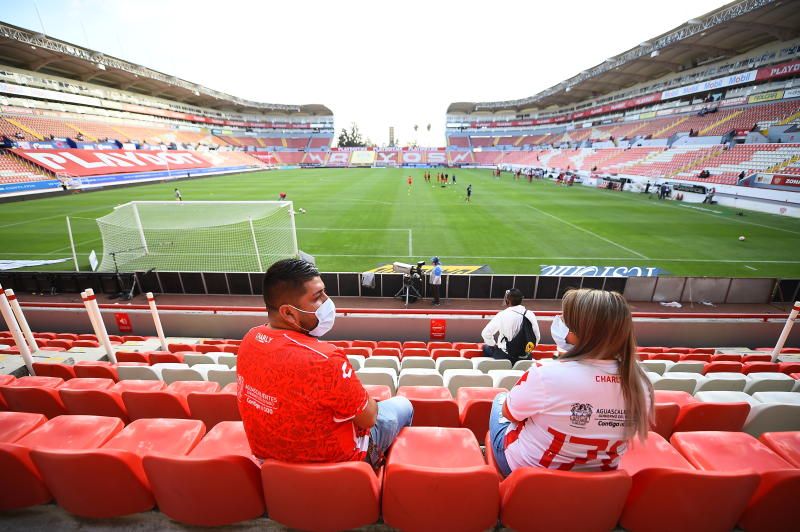 The fledgling travel bubble between Australia and New Zealand hit an early snag after 17 passengers who flew into Sydney on Friday broke the rules and caught a connecting flight to Melbourne. In an effort to boost tourism, Australian Prime Minister Scott Morrison’s government is encouraging visitors from New Zealand, which has crushed community transmission of Covid-19, and says they can enter the country without having to undergo hotel quarantine for 14 days.

The U.K., beset by growing coronavirus concerns and struggling to bridge the gap with the European Union over a post-Brexit trade deal, has had its credit rating cut by Moody’s Investors Service. The pandemic has blown a hole in the public finances, with the government spending tens of billions to support jobs and prop up an economy which has already suffered its biggest-ever quarterly contraction.

The credit assessor cited softer economic growth, an erosion of fiscal strength and a weakening in institutions and governance as it lowered the nation’s grade by one notch to Aa3, its fourth highest ranking.

Texas virus cases climbed by more than 5,600 in the past 24 hours, the biggest increase since Aug. 25, according to state health department data. The surge brought the cumulative total 815,678.

Meanwhile, statewide hospitalizations dropped for the first time in five days even as available intensive-care beds dwindled in the hot spots of El Paso, Lubbock and Amarillo, state figures showed.

Victoria, the state at the center of Australia’s coronavirus outbreak, has recorded just one new case overnight and no deaths, raising pressure on authorities to ease lockdown restrictions.

The 5 million residents of the state capital, Melbourne, remain under stay-at-home orders until the rolling 14-day average drops below 5 new cases and there are fewer than five cases with an unknown source. Critics, including the federal health minister, say the target is too onerous, and that the prolonged lockdown is risking people’s mental health and weighing on the national economy.

State Premier Daniel Andrews is due to address the media on Sunday and is being urged to ease restrictions. 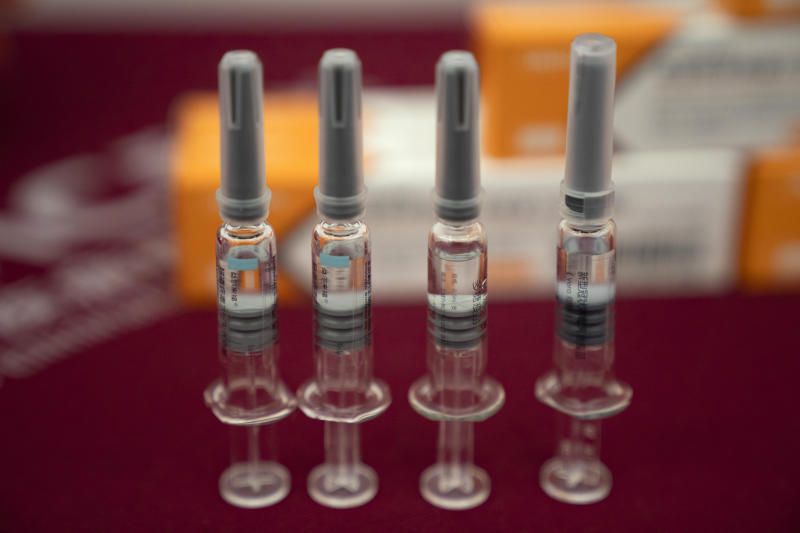 Wisconsin reported another record number of cases, as the average daily count topped 3,000 for the first time in the last week. The crucial swing state -- where early voting begins next week -- reported 3,861 cases Friday, the third time this week it broke a record. Another 21 deaths were reported for a total of 1,574.

Indiana reported 2,328 cases, the most since the outbreak began there, though the state said that included about 300 earlier cases. Total infections, which have been rising in the state since mid-September, are 143,495 and deaths 3,654.

A company that performed Covid-19 tests for dozens of Massachusetts nursing homes is facing federal sanctions, including the possible loss of its license, for lab practices that resulted in "immediate jeopardy to patient health and safety.”

Last month, Bloomberg News reported that the company, Orig3n Inc., a consumer DNA-testing company that pivoted to Covid-19 testing amid the pandemic, was responsible for hundreds of false positive results at nursing homes across the state.

Total Covid-19 cases in the U.S. topped 8 million, according to data compiled by Johns Hopkins University and Bloomberg. There were 63,330 cases reported on Thursday, the most in more than two months.

Cases nationwide have been rising since mid-September, after a summertime peak as the virus spread through the Sun Belt. The trailing seven-day average of cases rose by almost 9% this week compared to the previous week, illustrating the upward curve faced by the U.S. less than three weeks before the general election.

Cases are climbing as temperatures begin to dip across the U.S., students return to classrooms and more people stay indoors where the virus spreads easily.

The deficit as a share of the economy surged to 16%, the largest since 1945, based on second-quarter gross domestic product. At the end of the financial crisis in 2009, the ratio was close to 10% before slowly narrowing through 2015. 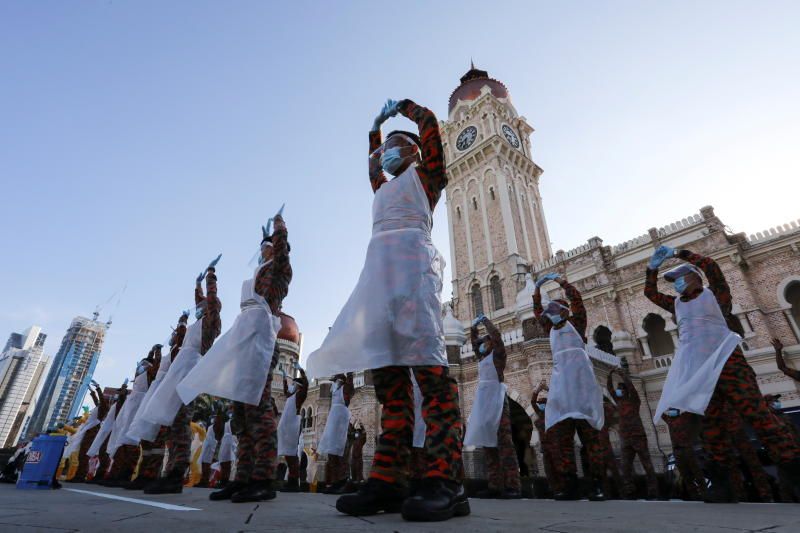 Residents and employees of long-term care facilities are slated to be among the first vaccinated because the novel coronavirus is especially dangerous in these settings. No Covid-19 vaccines are currently available.

Belgium will close restaurants and cafes from Monday for four weeks and introduce a curfew from midnight to 5 a.m., Prime Minister Alexander de Croo said in a press conference Friday evening. The country’s 14-day incidence rate rose to 550 cases per 100,000 from 494 Thursday, trailing only the Czech Republic as the hardest hit country in Europe.

Eight French senators have tested positive for Covid-19, the French Senate’s press office said Friday. One of the senators has been hospitalized, France Info reported earlier, citing anonymous sources. The cases were detected in a testing campaign among 125 of the nation’s 348 senators.

The country reported 25,086 new coronavirus cases Friday, down from a record of more than 30,000 infections a day earlier.

WHO to Revise Guidance on Remdesivir in Coming Weeks (12:29 p.m. NY)

The World Health Organization will revise its guidance on the use of remdesivir in coming weeks following the results of the Solidarity trial in which it was found not to reduce the risk of death, Chief Scientist Soumya Swaminathan said at a briefing in Geneva. The review will take into account all studies on the drug.

The WHO will only give recommendations on vaccines once it has Phase 3 data about them, Swaminathan said when asked about Russian health authorities approving a second vaccine for public use.

Spain reported 6,591 cases, the second consecutive day with more than 6,000 infections. The nation hasn’t reached 6,000 daily infections since April, during the height of the pandemic.

Italy posted a record 10,010 cases, compared with 8,804 Thursday. There were 55 deaths Friday, compared with 83 a day earlier. The test positivity rate climbed again to 6.7% and patients in intensive care rose by 52 to 638, compared with the early April peak of more than 4,000.

The Milan region, leading again for number of infected, plans to introduce more restrictive measures, including curfews on bars and restaurants.

The northern Italian region of Lombardy, Europe’s first Covid-19 hot spot, is mandating new restrictions to stop a another wave of the virus, including limits on sporting activities, new rules for schools and curbs on operations of restaurants and bars.

Portugal Has Record Number of New Cases for a Third Day (8:44 a.m. NY)

Portugal on Friday reported the biggest daily increase in confirmed virus cases since the start of the outbreak. There were 2,608 new cases in a day, more than the previous record of 2,101 reported on Thursday, taking the total to 95,902.

Pfizer Inc. said it plans to apply for Emergency Authorization Use in the U.S. soon after the safety milestone for the Covid-19 vaccine program is reached, according to a post on its website.

"Based on our current trial enrollment and dosing pace, we estimate we will reach this milestone in the third week of November,” the company said. It expects to have manufacturing data ready for submission before the safety milestone is reached, according to the statement. - Bloomberg
Article type: metered
User Type: anonymous web
User Status:
Campaign ID: 1
Cxense type: free
User access status: 3
Join our Telegram channel to get our Evening Alerts and breaking news highlights