Getting creative: Aeta students watching instructional videos on a monitor mounted on top of a rickshaw in Porac, Pampanga province. — Reuters

When the pandemic shut Philippine schools, a group of teachers living near the indigenous Aeta people became so concerned about the impact on the children of the isolated community that they initiated a novel approach to help them – learning by rickshaw.

While many students across the Philippines have been able to take online classes, the Aeta villages in a mountainous area north of Manila are largely without Internet access – or even television reception – for distance learning.

“We had to think of an alternative way to bring the lessons to the children,” said Christopher Semsem, one of the teachers behind the project from the Villa Maria Integrated School.

Using old bookshelves and wooden boards, the teachers built a makeshift learning centre complete with a large monitor mounted on top of a motorcycle rickshaw that could bring learning to the villages in the rural province of Pampanga.

Teachers pre-record videos on their mobile phones, which are then played on the monitor to assist with lessons while avoiding the need for face-to-face contact with the children.

Students had responded enthusiastically to the courses and their parents were relieved that classes had resumed, the teachers said.

There is debate among anthropologists about the origins of the Aeta, but many have moved to permanent settlements after deforestation upended their traditional nomadic way of life.

School principal Marizen Tolentino said the rickshaw initiative was a vital move to help the children comprehend the modules.

“Some of our Aeta (students) cannot read ... How will they be able to answer the modules?” he asked.

Since launching the initiative earlier this month, the rickshaw has visited five villages, reaching around 500 students from primary school to senior high, two to three times a week. 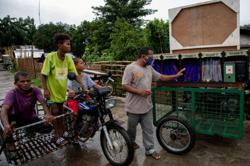 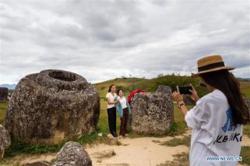