Top army officers from the Vietnam Military Zone 4 visiting the flood-hit areas in Phong Dien District and Thura Thien Hue Province. The bodies of 13 rescuers have been retrieved from the rubbles of a recent landslide in central Vietnam's Thua Thien Hue province. - Vietnam News/Asian News Network

HANOI, Oct 16 (Vietnam News/ANN): The bodies of 13 rescuers have been retrieved from the rubbles of a recent landslide in central Vietnam's Thua Thien Hue province as of Thursday (Oct 15) evening, while several victims remained missing.

And in response to the Prime Minister’s Nguyen Xuan Phuc orders, the rescue forces on Friday morning (Oct 16) dispatched more soldiers and vehicles to clean up soil and rocks to reach Rao Trang 3 Hydro-power Plant and look for the 16 missing workers.

The 13 dead were part of a 21-member rescue team who had set out to verify reports of workers buried by another landslide at the Rao Trang 3 hydropower plant in Thua Thien Hue's Phong Dien District.

The rescue team, including local officials and military personnel, was hit by a landslide on their way to the scene, leaving 13 missing since early Tuesday, while eight others escaped.

Among the first batch of workers reportedly missing at the hydropower plant, three were found dead on Wednesday. The search is still underway for the remaining workers.

Meanwhile, on behalf of the Vietnam Government, the PM has sent his deepest condolences to the families and relatives of officers and soldiers, who were buried by a landslide.

The condolences were included in a message sent to the Ministry of National Defence, the provincial People’s Committee and relevant agencies on Thursday evening.

He also tasked the ministries of national defence and transport to co-operate with the committee and relevant agencies to mobilise all forces to find 16 missing workers of Rao Trang 3 Hydro-power Plant.

The ministries and agencies were ordered to ensure safety for the soldiers on rescue missions.

The message also warned that currently, a new tropical low-pressure system was forming in the East Sea.

It has begun to cause torrential rain in the central region, including the areas where the soldiers are.

Therefore, PM Phuc required all agencies to closely watch the developments of the tropical low-pressure system and prepare plans to cope with it, ensuring safety for local people and property.

Since Oct 5, Thua Thien Hue and other parts of the central region of Vietnam have been drenched by heavy downpours, which triggered floods and landslides, according to the country's Central Steering Committee for Natural Disaster Prevention and Control. - Xinhua 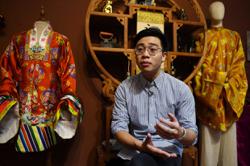