Farmers shouting slogans as they block railway tracks during a protest against Indian Prime Minister Narendra Modi's government following the recent passing of new farm bills in parliament, on the outskirts of Amritsar on Sept 27, 2020. - AFP

NEW DELHI, Sept 28 (Xinhua): President of India Ram Nath Kovind has signed the three farm Bills passed in the country's parliament last week, according to the new notifications posted by the Ministry of Law and Justice on the Government of India's official website on Monday.

The passage of the Bills in the parliament has attracted widespread protests from the farmers community over the past few days.

The three Bills, namely the "Farmer's Produce Trade and Commerce (Promotion and Facilitation) Bill, 2020", the "Farmers (Empowerment and Protection) Agreement of Price Assurance and Farm Services Bill, 2020", and the "Essential Commodities (Amendment) Bill, 2020", have triggered massive protests by farmers from all across India.

The agitated farmers have been alleging that the Bills, as passed by the country's parliament, will harm their interests and benefit the corporate sector or the business community dealing in farm products.

Reuters reported that farmers who say the new laws will stunt their bargaining power and instead allow large retailers to have control over pricing.

Farmers' organisations say one of the three laws could lead to the government stopping buying grain at guaranteed prices, a move that would disrupt wholesale markets which have so far ensured fair and timely payments to farmers.

Under the Farmers' Produce Trade and Commerce (Promotion and Facilitation) Bill - one of the laws already approved by parliament - growers can directly sell their produce to institutional buyers such as big traders and retailers.

Nearly 85% of India's poor farmers own less than 2 hectares (5 acres) of land and they find it difficult to directly negotiate with large buyers. 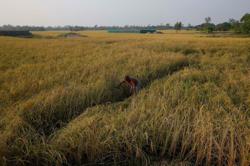 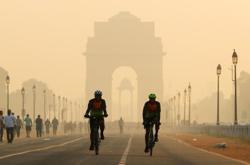