Globally, india has the second-highest number of coronavirus cases, behind the United States where infections crossed 7 million on Thursday.

According to ministry officials, 4,756,164 people have been discharged from hospitals after showing improvement.

"The number of active cases in the country right now is 970,116," the information released by the ministry further read.

Meanwhile, 68,928,440 samples were tested so far across the country, out of which 1,492,409 tests were conducted on Thursday alone, Indian Council of Medical Research (ICMR) said Friday.

Meanwhile, AFP reported that emergency workers have ended a days-long search for victims of an apartment block collapse in western india as the death toll rose to 41, officials said Thursday (Sept 24).

Recovery teams from the National Disaster Response Force (NDRF) had rescued 20 survivors from the rubble of the three-storey building in Bhiwandi, near Mumbai, after the block came crashing down before dawn on Monday.

The cause of the incident was not immediately clear, but building collapses are common during india's June-September monsoon season, with old and rickety structures buckling under days of non-stop rain. - Reuters 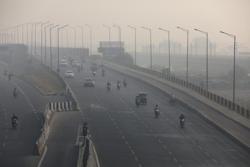