‘Japan PM will not speak with Tsai on the phone’

According to media reports, during a meeting with Tsai on Friday in Taiwan, former Japanese PM Yoshiro Mori expressed the willingness of the Japanese leader to speak with Tsai over the phone if there was an opportunity.

“We have noted the relevant reports, and have asked Japan to clarify,” Wang said in response to a media query.

“The Japanese side made it clear the PM will not speak with Tsai over the phone as reported.

“What the media said will never happen.”

Tsai also said yesterday that there was no plan for such talks.

Taiwan has close cultural and historic ties with Japan, though Japan, like most countries, recognises China’s government in Beijing, not Taiwan’s.

A spokesperson for Japan’s foreign ministry echoed Tsai’s comments, saying “there is no plan for a telephone call” between the two leaders.

Japan cut diplomatic ties with Taiwan in favour of China in 1972. 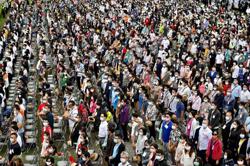 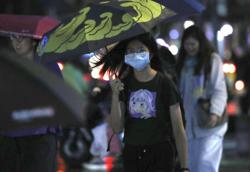