HONG KONG, Sept 21 (SCMP): Hong Kong was expecting just six new Covid-19 cases on Monday, a medical source said, as officials looked into a possible outbreak at a university laboratory and a government adviser hinted at a further easing of social-distancing rules.

The figure came just a day after the city recorded its highest number of new cases in nearly a month, with 23 fresh infections.

A quarantine order for 41 workers at the laboratory at the University of Hong Kong’s school of public health was issued by the Department of Health on Sunday, after 14 out of 37 environmental swabs had come back positive.

The facility is on the sixth floor of the Laboratory Block on Sassoon Road in Pok Fu Lam, according to a source.

A researcher at the lab, who was confirmed to be infected on Saturday, helps with data entry and analysis of genetic sequencing of the coronavirus. Her case was classified by health authorities as untraced, because she dealt with samples that were not contagious.

Six people, including immediate team members of the woman and her friends, were initially deemed close contacts and placed in quarantine.

The university’s Li Ka Shing Faculty of Medicine said at the time there was no proof the infection was related to the laboratory, noting the woman’s other team members had been given the all-clear.

Health authorities have distributed hundreds of specimen bottles to people working in the same building.

Meanwhile, Professor David Hui Shu-cheong, a respiratory expert from Chinese University who advises the government on the pandemic, said there was a chance the government would relax social-distancing measures further to allow up to six people per table at restaurants for the upcoming Mid-Autumn Festival.

Presently the number of people allowed to eat together or gather in public is four.

“I believe the government will look at the situation, if there are no new outbreaks linked to restaurants and eateries and the local case numbers remain low, further relaxation could be possible,” Hui said.

However, he urged restaurants to ensure good air flow in the premises either by installing air conditioning with better filtration systems, or buying large ventilation fans.

Hui also said the recent rise in imported infections could be because of lower quality laboratories in other countries.

“But these people are Hong Kong residents as I understand, so we cannot stop them from returning,” he said. “The only way is maybe stopping flights for a few weeks if there are many confirmed cases from certain flights.”

On Sunday, the city recorded 23 infections, all but four of which were imported, prompting the government to suspend all Air India flights, and a regional Cathay Dragon route to Kuala Lumpur after several of their passengers tested positive.

The total number of confirmed cases in the city stands at 5,032, with 103 related deaths. - South China Morning Post 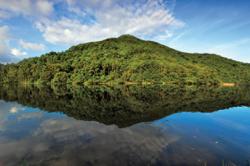