SINGAPORE, Sept 20 (The Straits Times/ANN): With the Government clamping down on food and beverage (F&B) outlets for flouting Covid-19 safe management measures last weekend, establishments in popular spots, such as Bugis, Orchard Road and Tanjong Pagar, have also come under greater scrutiny.

When The Straits Times visited close to 30 F&B outlets in these areas on Friday night (Sept 18), many of the establishments were bustling with activity. Most operators ST spoke to said they either had to reject groups larger than five or split them into separate tables not next to each other.

ST observed a group of eight, which had made a reservation, being ushered to its upstairs seating area.

"Before we accept the reservation, we inform them that they will be seated at separate tables and cannot switch (seats). We usually put them quite far apart so that they cannot mingle," Ms Moreno said.

Several other Korean BBQ joints on the same stretch said they reject groups larger than five even if they are members of the same household as it is difficult to ascertain if they are living at the same address.

The owner of a hotpot restaurant in Liang Seah Street, who declined to be named, said he accepts only groups of up to five because he feels that there is a lack of clarity on the permitted group capacity and whether the restaurant will be penalised for taking in larger groups, even if they are seated separately.

"It's really not worth the US$1,000 fine if we are caught flouting the rules, so we prefer to play it safe by accepting only groups of five. In addition, taking in bigger groups would mean that more manpower has to be deployed to ensure that these tables don't mingle, which gets difficult to manage especially on crowded days like Fridays and Saturday nights," he said. The night crowd at the popular Boat Quay area facing the Singapore riverfront as seen on Sept 18, 2020. - The Straits Times/Asian News Network

However, some other restaurants on the same stretch appeared to be flagrantly flouting the rules.

This was the case at a Chinese skewers restaurant, where ST observed a group of nine patrons seated outdoors on two separate tables, intermingling with one another throughout their meal.

One particular member of the group consistently moved between the two tables to interact with his friends, and the waiter from the restaurant was also seen to occasionally join the two tables for drinks.

This is despite stricter enforcement by the Government. The Ministry of Health said on Sept 9 that businesses and individuals who flout the rules will have enforcement action taken against them for the first offence, without a warning. Penalties could include fines, closures and prosecution, depending on the severity, it added.

At Bottoms Up, a bar in Telok Ayer Street, which ST understands was issued a fine last week for not complying with safe management measures, patrons were seen drinking and standing around outdoor tables.

Owner Kapilan Shanmugam said it has received inquiries from groups, including those who wanted to hold celebrations at the bar. But these have been be turned away as they are likely to mingle.

"For other groups, such as for a group of seven, we split them into two tables with a gap in between. They can still see each other, but they're separated," Kapilan said, adding that the bar has removed a few tables since it received the fine.

The bar currently operates at about 70 per cent of its pre Covid-19 capacity of about 100. The crowd inside Ice-Cold Beer on Sept 18, 2020. The owner, Tanan Tay, said it is now operating at around 40 per cent capacity compared with pre-Covid-19 times. - The Straits Times/Asian News Network

A staff member at Blu Jaz Cafe in Bali Lane who wanted to be known only as Christopher said the cafe's last order for alcohol is at 9.30pm, and its customers are told to finish their drinks by 10.15pm, so that the staff would have ample time to clear up by 10.30pm.

"There are some occasions of errant customers who get rowdy when they're drunk and are uncooperative when we have to start keeping their drinks, but we're just generally able to keep things under control. Most of our customers have been helpful and respectful of the rules, which we really appreciate."

Boat Quay, with its stretch of watering holes in Circular Road and facing the Singapore riverfront, was buzzing as usual, without a red-shirted safe distancing ambassador in sight. Yet diners and eateries were mostly compliant, with several wrapping up business and clearing out customers well before the 10.30pm cut-off.

Popular dive bar Mogambo in Canton Street was packed to the brim with tables when ST visited at around 9.45pm. But by around 10.30pm, it was lights out at the venue, which was cleared of all glasses, customers and even its outdoor tables.

At several eateries facing the river, staff were observed explaining to customers why they had to clear glasses early, even hovering at the table or keeping a close eye on them as they finished their drinks as the 10.30pm deadline drew near. But most customers did not kick up a fuss and did as they were told.

Over in the heart of Orchard Road, Emerald Hill, with its slate of long-running bars tucked away in restored shophouses, was a model for safe distancing practices.

Entry points to the three sister venues are now located in the five-foot way instead of the shophouse front, in order to control the crowd coming in.

Customers are also encouraged to leave their phone numbers with the bars so that staff can call them once a table is available, instead of having them wait in line outside.

The staff have been briefed on how to handle instances of intermingling between tables, which Mr Tay acknowledged is "human behaviour". Groups of more than five are also not allowed. But he said that customers have been understanding.

"The customer is told nicely the first time, a second time, and then the manager is called in," he said, adding that the bars have not had to kick out any unruly customers because "usually by then, they leave themselves". - The Straits Times/Asian News Network
Article type: metered
User Type: anonymous web
User Status:
Campaign ID: 18
Cxense type: free
User access status: 3 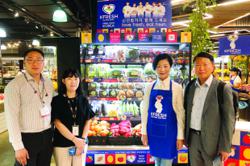 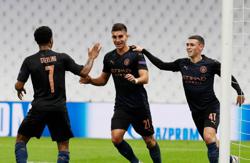