In Xekong province, the main road in Ta-oy district was flooded, causing problems for traffic.

A local official said “Livestock was moved to higher ground after we received forecasts of the storm but the rain flooded rice fields and other cropland, nd affected people’s property. We are currently assessing the extent of and the cost of the damage caused.”

The Xe-kaman 3 hydropower plant, which is located in Dakcheung district, Xekong province, began releasing water on Friday in order to regulate the water level in the reservoir, discharging 30-100 cubic metres per second.

The Meteorology and Hydrology Department, Ministry of Natural Resources and Environment, issued a weather alert on Friday to warn local authorities about the approaching storm so they could take steps to prevent flooding.

In Champassak province, water that collected after torrential rain flooded parts of Pakxe city when drains were unable to cope with the deluge.

The Meteorology and Hydrology Department warned that the remains of Tropical Storm Noul could pass over Laos on Friday and Saturday (Sept 19).

The storm passed over Vietnam on Thursday and tracked towards the south of Laos before weakening to a tropical depression, bringing heavy rain and strong winds. 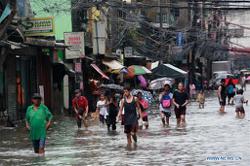 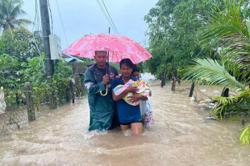 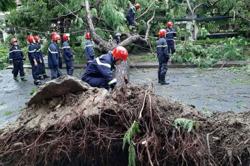