A municipal worker spraying disinfectant to sanitise a street amidst the spread of the coronavirus disease in Kolkata, India (Sept 18, 2020). India has been posting the highest single-day caseload in the world since early August, and seems on course to cross the United States as the country with the most number of cases. - Reuters

COPENHAGEN, Sept 18 (AFP): Large parts of Europe on Friday geared up for broad new restrictions to stop the coronavirus, after infections worldwide topped 30 million and the World Health Organisation warned of "alarming rates of transmission".

Britain is limiting gatherings and France is set to roll out new curbs for major cities as governments across the continent battle fresh spikes of the disease.

More than 943,000 people have now died from Covid-19 since it first emerged in China late last year, according to an AFP tally, with Europe accounting for more than 200,000.

WHO regional director for Europe Hans Kluge said a surge seen this month "should serve as a wake-up call" after the continent recorded 54,000 infections in a single day last week -- a new record.

"Although the numbers reflect more comprehensive testing, it also shows alarming rates of transmission across the region," Kluge told an online news conference from Copenhagen.

The Spanish capital of Madrid said it had been overwhelmed by the virus and called for "decisive" action from the central government, which is set to unveil a raft of new restrictions Friday.

Madrid officials warned that the region's healthcare system was coming under increasing pressure, with one in five hospital beds occupied by Covid patients amid a second wave of the illness.

Anxiety has been growing in the city about the prospect of a return to lockdown after a top regional health official on Wednesday raised the possibility for the worst-hit areas. "It would be bad for shops, for small businesses and little bars that survive on people coming in," said 55-year-old Maribel Quesada.

"People are really sick of being at home, the (spring) lockdown was very difficult."

In Britain, new curbs will take effect Friday, with Prime Minister Boris Johnson warning that pubs may have to close earlier to help avoid a "second hump" of infections.

About two million people in northeast England, including in the cities of Newcastle and Sunderland, will no longer be allowed to meet people outside their homes. Only table service will be allowed in bars and entertainment venues will have to close by 10pm.

The government already imposed rules across England on Monday limiting socialising to groups of six or fewer, as daily cases reached levels not seen since early May.

French authorities are also preparing tighter restrictions in several cities to curtail a resurgence that has seen nearly 10,000 new cases per day in the past week.

Health minister Olivier Veran said Lyon and Nice would be under new rules by Saturday, after curbs on public gatherings were imposed this week in Bordeaux and Marseille.

Israel is set to become the first developed country in the world to enforce a second nationwide shutdown, beginning Friday afternoon. 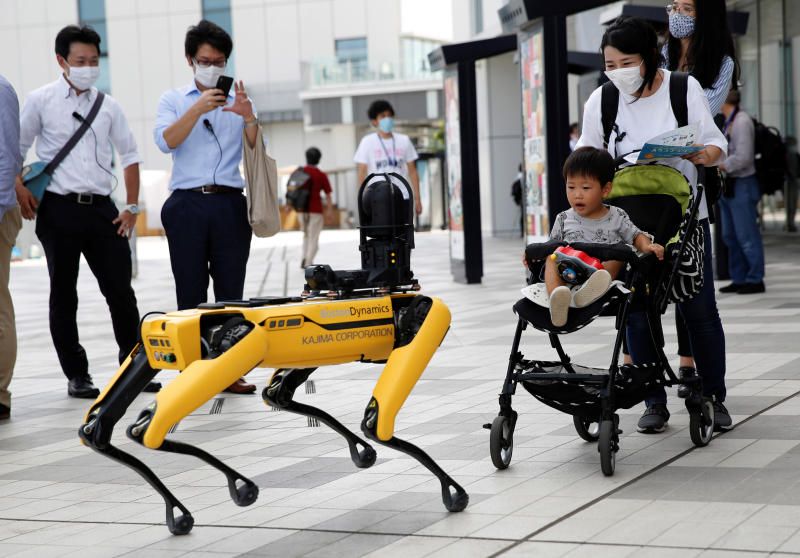 The move sparked protests in Tel Aviv late Thursday when hundreds took to the streets against the restrictions, which are set to take effect just hours before Jewish New Year and will cover other religious holidays including Yom Kippur.

"The economy is in freefall, people are losing their jobs, they're depressed," said 60-year-old Yael.

"And all this for what? For nothing!"

The country has the world's second-highest virus infection rate after Bahrain, according to AFP figures. Under its new measures, residents will be limited to within 500 metres (yards) of their home.

As anger grows over how authorities worldwide have responded to the virus, some governments are facing legal action from citizens for alleged failures.

A French association of Covid-19 victims plans to file a legal complaint against Prime Minister Jean Castex, its lawyer said.

Suits have also been filed in China by bereaved relatives but many have had them abruptly rejected, while dozens of others face pressure from authorities not to file, according to people involved.

Families of victims accuse the governments in Wuhan and Hubei province, ground zero for the global pandemic, of concealing the outbreak when it first emerged, failing to alert the public, and bungling the response, allowing Covid-19 to explode. "They say the epidemic was a natural calamity. But these serious outcomes are man-made, and you need to find who's to blame," said pensioner Zhong Hanneng, whose son died with the virus.

"Our family is shattered," she added. "I can never be happy again."

Cases are also surging in South Asia and South-East Asia. While India is scrambling to control the pandemic, Indonesia and Philippines are also having their own problems with the virus.

On Friday, India recorded 96,424 new coronavirus infections in the last 24 hours, taking its tally to 5.2 million, data from the federal health ministry showed on Friday.

India has been posting the highest single-day caseload in the world since early August, and seems on course to cross the United States as the country with the most number of cases.

Deaths in india have been relatively low, and it has a fatality rate of 1.62%.