Thai cabinet to inject over US$192mil to deal with flooding, drought

Thailand suffers from serious flooding during the monsoon season and drought in the summer, taking a toll in agricultural produce. - AFP

BANGKOK (Xinhua): The Thai Government House said Wednesday (Sept 16) on its website that it would inject an approximate 6.17 billion baht (US$192.8 million) to fix and alleviate problems regarding flooding and drought in Thailand.

The funds would be split between the Office of the Natural Water Resources (ONWR), the Department of Disaster Prevention and Mitigation and the Royal Irrigation Department.

The ONWR will be granted 5.08 billion baht for its projects to deal with flooding and to boost water capacity.

The Natural Resources and Environment, Agriculture and Cooperatives as well as Interior ministries will take jurisdiction over ONWR's projects, such as boosting the potential of water diversion systems and 142 water sources, increasing 63 irrigation water sources and setting up 65 aquifers.

The Department of Disaster Prevention and Mitigation would be granted 810 million baht to install 18 water pumps with capacity to pump at a speed of at least 35,000 liters per minute.

The Royal Irrigation Department would be given 284.86 million baht to procure new machines to deal with flooding.

Thailand suffers from serious flooding during the monsoon season and drought in the summer, taking a toll in agricultural produce.

The Thai government said it hopes that the budget injected into differing state sectors will help alleviate the farming sector, especially the rice paddy fields.

Thai rice is one of the country's major export items. 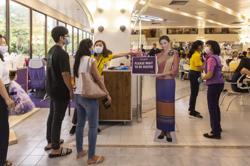 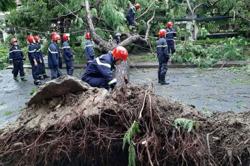