An Indian Central Reserve Police Force (CRPF) personnel stands guard at a checkpoint along a highway leading to Ladakh, at Gagangeer in Kashmir's Ganderbal district. - Reuters

BEIJING, Sept 15 (Reuters): China's foreign ministry on Tuesday denied reports that Chinese troops are laying fibre optic cables at a flashpoint at the border with India.

In response, India said it has doubled the budget for vital roads and bridges along the undemarcated border with china in recent years in response to Beijing's rapid infrastructure development on its side, the Indian defence minister said on Tuesday.

Troops of the two countries are locked in their most serious face-offs for years along the Line of Actual Control (LAC) or informal border in the western Himalayas, raising fears of a broader conflict.

One of the reasons for the tensions has been India's recent construction of roads and airfields near the border in the Ladakh region bordering Tibet, the Chinese side has said.

Defence Minister Rajnath Singh told parliament that china had been building up its infrastructure in the remote mountains for decades and the government was trying to close the gap.

"Our government too has stepped up the budget for border infrastructure development to about double the previous levels. As a result, more roads and bridges have been completed in the border areas," he said. He provided no figure.

Military officials say the development of roads and airfields on both sides of the border has also helped troops mobilise quickly in large numbers and in close proximity at some points in the Ladakh area. 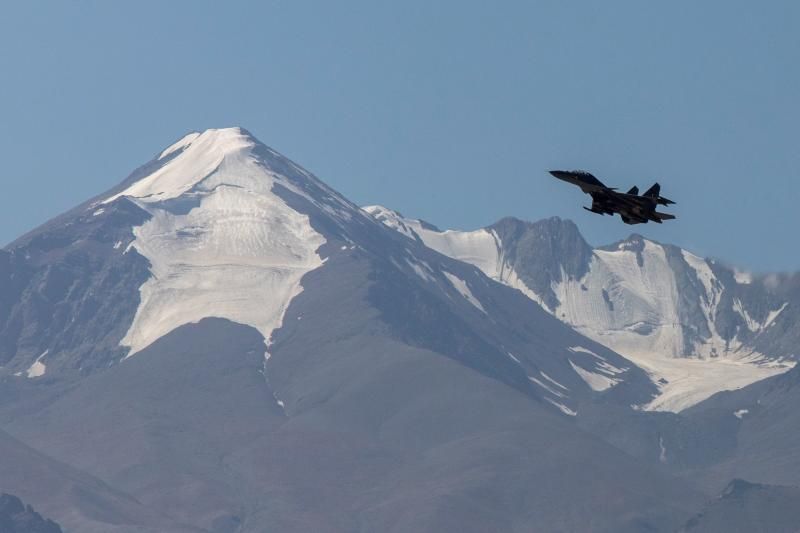 An Indian fighter plane flies over a mountain range in Leh, in the Ladakh region, Sept 14, 2020. - Reuters

Singh said Indian and Chinese troops have had face-offs on the unsettled border in the past, but the scale of deployment of troops and the number of disputed areas was much more than the past.

"As of now, the Chinese side has mobilized a large number of troops and armaments along the LAC as well as in the depth areas," he said, listing Gogra, Kongka La and the north and south banks of the Pangong lake as "friction points."

"In response to china’s actions, our armed forces have also made appropriate counter deployments in these areas to ensure that India’s security interests are fully protected," he said to thumping of desks in parliament.

Earlier, Two Indian officials said Chinese troops were laying a network of fibre optic cables at a western Himalayan flashpoint with India, suggesting they were digging in for the long haul despite high-level talks aimed at resolving a standoff there.

Such cables, which would provide forward troops with secure lines of communication to bases in the rear, have recently been spotted to the south of Pangong Tso lake in the Himalayan region of Ladakh, a senior government official said.

Thousands of Indian and Chinese troops backed by tanks and aircraft are locked in an uneasy stalemate along a 70 kmlong front to the south of the lake.

The two sides have accused each other of escalating the most serious confrontation on the border between the nuclear-armed neighbours in decades.

A third Indian official said on Monday that there had been no significant withdrawals or reinforcements on either side since the foreign ministers of the two countries met last week.

"It is as tense as earlier," he said.

A spokesman for China's foreign ministry cast doubt on the report of the cable network.

"As far as I know, the relevant report is not true," the spokesman, Wang Wenbin, said when asked on Tuesday.

In June, 20 Indian soldiers were killed in hand-to-hand fighting with Chinese troops in the area. Both sides had agreed to pull back after that clash, but the Indian army has accused Chinese forces of violating that accord. - Reuters
Article type: metered
User Type: anonymous web
User Status:
Campaign ID: 18
Cxense type: free
User access status: 3 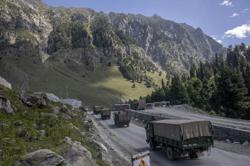