Insects of interest: Shoppers looking at formicariums on display at the Just Ants shop in Singapore. — Reuters

FOR many they are just a pest but for Singaporean entrepreneur John Ye, his personal interest in the humble ant prompted him to launch a business selling insects that he believes have a lot to offer us.

Ye opened the city state’s first shop specialising in pet ants, Just Ants, in late February as lockdown measures to curb the spread of the coronavirus came in.

Despite the initial obstacles during the pandemic, Ye said sales had picked up since July.

“The ant itself is amazing, ” said Ye, 41, who used to sell wholesale electronics and started raising ants as a personal hobby in 2017.

While ant farms are more common in some Western countries, they are a rarity in Singapore and Ye is trying to change negative connotations associated with the insects.

“They are so important to the ecosystem.

“They are here for a reason and if we could just learn from the humble ant, there are so many things it could teach us like perseverance and being headstrong, ” he added.

He hopes to collaborate with institutions such as schools to teach children about ants and their life cycle.

The ants he sells are locally acquired by him and his staff around the island, noting that they often emerge after rainstorms.

His shop offers 30 species of ants sold in starter kit ant farms, or formicariums, which include ants and a queen.

His business also sells live worms as food for ants, although Ye says they are also fond of honey and fruit. His business has drawn ant-lovers and curious onlookers alike. 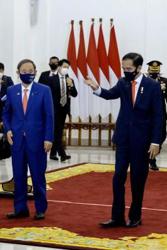 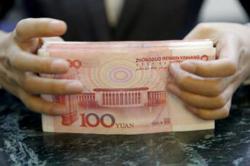 China hits back at potential US blacklist of Ant Group