Baidu opens its robotaxis to the public in Beijing, making it the third city in China with service

HONG KONG, Sept 12 (SCMP): Chinese internet giant Baidu launched a public robotaxi service in Beijing on Thursday as the country accelerates the commercial application of self-driving technologies across the country.

Beijing is the third city after Changsha in Hunan province and Cangzhou in Hebei province in which Baidu has rolled out a robotaxi service – in this instance a self-driving car with a safety driver – which can be hailed via its e-hailing platform.

Baidu’s Apollo Go Robotaxi service has a fleet of 40 cars covering a road network of about 700 kilometres in Beijing. It has nearly 100 pickup and drop-off stations in residential and business areas in Yizhuang, Haidian, and Shunyi districts. People in the city can use the service after registering on Baidu Maps or the Apollo website.

“Baidu Apollo will continue pushing for the commercial application of autonomous driving,” said Zhenyu Li, general manager of Baidu’s Intelligent Driving Group. “We will contribute more to the development of autonomous driving and smart transportation in Beijing and support the city to become a world-leading AI innovation hub.”

Robotaxis are seen as one of best ways to make money from autonomous driving technologies in the near future. Major self-driving companies, including Baidu, ride-hailing giant Didi Chuxing, start-ups WeRide and AutoX have all launched robotaxi services in different cities across the country.

Guangzhou-based WeRide said on Thursday that its self-driving cars can now cruise safely not only in cities but also in highly-populated villages, where many people live due to urban sprawl. Its publicly accessible Robotaxi service in the southern Chinese city has operated for over 200 days with zero accidents since November.

“The company’s next focus will be cracking the most complex self-driving corner cases, which will be key in developing fully driverless cars. Without doubt, villages in the city are the right place to do this,” said Li Zhang, chief operating officer of WeRide, on Thursday.

Two months ago, the Nissan-backed company announced that it had secured China’s first remote-control permit for road tests of Intelligent and Connected Vehicles (ICV) from local authorities in Guangzhou, and said it would be the first in China to test fully driverless cars on the open road.

AutoX also opened its robotaxi ride-hailing service in Shanghai to the general public for the first time last month after running a pilot program with a limited group of users since late April. Its robotaxis can be booked through the AutoNavi smartphone app owned by Alibaba Group Holding, the parent company of the South China Morning Post.

China is accelerating the development of autonomous technologies and wants smart vehicles to account for half of all new cars sold at home by 2020, according to a road map from the country’s top economic planner.

By 2025, the country expects a fully-formed ecosystem around smart vehicles and highly automated cars to take up 15 per cent of sales. - South China Morning Post 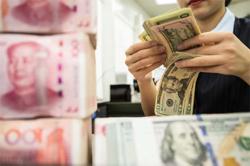