Officers confiscating pirated items during a raid on a clothes merchant. - The Nation

BANGKOK (Xinhua): Thailand's Ministry of Commerce on Wednesday (Sept 9) broadcast live pictures of the destruction of 785,376 pirated goods estimated at US$11 million.

The bull-dozing of the pirated goods occurred in Thailand's central province of Saraburi and the eastern province of Chon Buri.

The ministry said that the live footage was carried live to about 90 foreign organisations via the Zoom video conferencing application.

They were seized by the Royal Thai Police Office, the Customs Department and the Department of Special Investigation.

Presiding over the destruction, Deputy Commerce Minister Weerasak Wangsuphakijkosol said the Thai government is serious in cracking down on pirated goods and is still launching campaigns against buying counterfeit brand-name goods 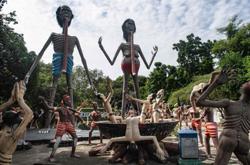 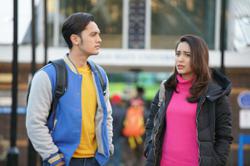