JAKARTA, Sept 8 (The Jakarta Post/ANN): The Indonesia Defence Ministry is set to renegotiate funding for a joint-development project for jet fighters with South Korea following payment issues on Indonesia’s part.

Ministry spokesperson Dahnil Anzar Simanjuntak said in a statement that the government would proceed to the next phase of renegotiations regarding the country’s share of the bill for the development of the Korean Fighter Xperiment/Indonesia Fighter Xperiment (KFX/IFX).

“The government is set to renegotiate (Indonesia’s) share of the cost, as well as the project’s sustainability,” Dahnil said on Tuesday (Sept 8) as quoted by kompas.com.

He added that South Korea had yet to agree on Indonesia’s previously stated terms, which entailed reducing the latter’s share of the development cost to 15 percent from 20 per cent.

“[Indonesia’s share of the cost] was only reduced to 18.8 percent,” Dahnil added.

An anonymous South Korean official previously disclosed that Indonesia was still due to pay the agreed-upon sum of 500 billion won or Rp 6.2 trillion (US$420.2 million) for the KFX/IFX project.

South Korea had agreed to renegotiations during President Joko “Jokowi” Widodo’s visit to the country in 2018 but required them to be completed within a year.

Indonesia initially aimed to make the jet fighters operational by 2025. Indonesia had sought renegotiations because according to the previous provisions, Jakarta would have had to spend hundreds of trillions of rupiah on the project.

Indonesia has spent US$10 million on the research stage of the project since 2016. - The Jakarta Post/Asian News Network 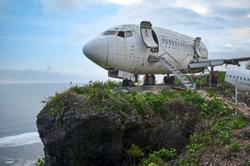