A volunteer is seen handing out free face masks at Gelora Bung Karno stadium during a campaign to promote their use amid the Covid-19 pandemic in Jakarta on Sunday (August 30, 2020.) - AFP

JAKARTA, Aug 30 (Xinhua): The Indonesian government has again issued a policy as part of efforts to contain the Covid-19 pandemic by providing subsidies to workers whose salaries are under five million rupiahs (US$341.99) to raise their purchasing power.

President Joko Widodo on Thursday launched subsidies for 15.7 million workers who are registered in the public social security agency for employment (locally known as BPJS Ketenagakerjaan).

According to the president, in the first phase, the subsidies will be distributed to 2.5 million workers and the rest will be given to other formal workers in the next stages until the number reaches 15.7 million by the end of September 2020.

"Among the recipients of the subsidies are honorary workers including honorary teachers, honorary fire fighters, honorary hotel employees, paramedics and janitors who actively pay dues to BPJS till June 2020," the president said.

Manpower Minister Ida Fauziyah said the government will ask for validated data of 2.5 million workers from BPJS Ketenagakerjaan every week before transferring 600,000 rupiahs to each worker per month as long as four months.

"Since 24 August we receive 2.5 million validated data from BPJS Ketenagakerjaan. We plan to transfer the money to at least 2.5 million workers weekly," she said.

In response to the government's subsidies, Director of the Research Center of Reforms on Economics (CORE) Indonesia Piter Abdullah said the subsidies were given to the workers whose salaries have been cut earlier due to liquidity problems experienced by the private companies.

The assistance was given by the government to help the workers live a proper life amid the pandemic, Abdullah told Republika daily.

"As a whole, I predict that the subsidies cannot cover their salaries which have been cut. In addition, the assistance was expected to help private companies not layoff their workers," he said.

Meanwhile, Setia Mulyawan, an economic observer with the Sunan Gunung Jati University in West Java province's capital of Bandung said the government's subsidies for the workers could be a stimulus to boost the economy.

Mulyawan regretted that this program was only intended for workers in the private sector as there are also many employees who work in the government institutions, who should also need attention.

"In the future, I suggest that the government extend the program to employees who have been serving the country and the people although they are not the holders of the status as state civil apparatus. Their wages are even smaller than salaries of workers in private companies," he said.

In efforts to cope with the Covid-19 pandemic in the country, the Indonesian government has taken several measures including establishment of the National Committee on the Covid-19 Mitigation and Economic Recovery, issuance of policies on economic stimulus packages, partial lockdowns and the procurement of the virus vaccine. 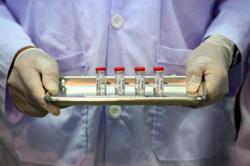 Indonesian president warns not to rush vaccines amid halal concern 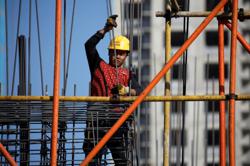