Vietnam wants Malaysia to probe fatal shooting of its fisherman

HANOI, Aug 18 (AP): Vietnam has voiced concern over the Malaysian coast guard's move to open fire on two Vietnamese fishing vessels that led to the death of one fisherman, and demanded Kuala Lumpur investigate the case.

When the Malaysian vessel fired warning shots, the Vietnamese threw petrol bombs and tried to ram the vessel with their boats, leaving officials no choice but to fire at the boats in self-defense, it said in a statement on Facebook.

One Vietnamese fisherman died and 18 others detained, it said.

Vietnam's foreign ministry has expressed its concern to the Malaysian Embassy in Hanoi over the case.

"Vietnam asks Malaysian to verify and investigate the case, reprimand officers who killed the Vietnamese citizen and treat other Vietnamese fishermen and their properties in a humane way," foreign ministry spokesperson Le Thi Thu Hang said in a statement late Monday.

The maritime agency has said the Vietnamese fisherman have no valid identity documents.

They will be investigated for illicit entry and illicit fishing, as well as attempted murder, it said.

Since June 24, the agency said it has detained 43 foreign fishing boats for intrusion into Malaysian waters and detained 487 Vietnamese crew members.

Malaysia and Vietnam are among claimants to the South China Sea, a vital shipping lane rich with resources that is also claimed by Brunei, the Philippines, Taiwan and China.

He said in an attempt to detain two vietnamese fishing boats in the 11.40 pm incident, in which one vietnamese was shot dead, the MMEA crew had earlier fired warning shots.

"However, the warning shots were ignored and the vietnamese even threw a Molotov cocktail and hard objects such as metal bars, large wood blocks and spanners at the MMEA boat, thus threatening the enforcement crew's lives and government’s assets.

"The fishing boats then acted more aggressively by ramming into our boat, causing the MMEA crew to have no choice but to open fire in defending themselves and (the government's) assets,” he said in a statement today on the incident. 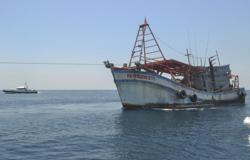 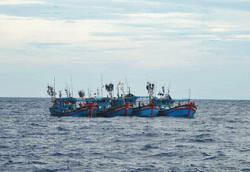