Cabin crew members who successfully apply for the scheme will get payouts and benefits.- ST

SINGAPORE (The Straits Times/ANN): National carrier Singapore Airlines (SIA) is offering its cabin crew early release or retirement as it continues efforts to cut costs amid the Covid-19 pandemic.

It told The Straits Times on Wednesday (Aug 12) that the voluntary retirement scheme was introduced in view of the impact of Covid-19 "as well as a slower projected recovery trajectory in international air travel".

Cabin crew members who successfully apply for the scheme will get payouts and benefits. They will have until end-August to apply. Trainee crew will not be eligible, said SIA.

The outcome of the applications will be made known by mid-September.

"Each application will be considered on its merits, and SIA will also take into account operational requirements in the review of applications," said a spokesman.

"We continue to work closely with our unions on the way forward where staff measures are concerned. We will announce any additional measures, if necessary, at the appropriate time."

The SIA Group, which comprises SIA, budget arm Scoot and regional arm SilkAir, has about 11,000 cabin crew in total.

According to an e-mail announcing the move seen by ST, SIA said the early retirement and release scheme aims to mitigate the "debilitating business impact of Covid-19".

It said the terms and benefits have been determined in collaboration with the Singapore Airlines Staff Union.

Crew members will receive different benefits based on their employment status.

For example, crew who are still serving their bond as of end-August will be granted a waiver of any outstanding bond repayment if they successfully apply to leave early.

SIA will also waive any outstanding settling-in loan and give them a notice pay-in-lieu, based on the basic salary at the point of departure. Crew members who are still on probation get one month's pay, while confirmed crew will get three months' pay.

Meanwhile, crew members in the last year of their contract as of Aug 1 who successfully apply to leave early will receive pro-rated gratuity without having to complete the current contract.

Like all other airlines, SIA has also been hard hit by the Covid-19 pandemic.

The carrier is currently operating at just 7 per cent of its scheduled capacity as compared with before the pandemic. Some cabin crew have yet to take to the air in months.

Pay cuts of at least 10 per cent have already been introduced for all staff, along with no-pay leave schemes. Early retirement has also been offered to ground staff and pilots.

Air travel demand is expected to remain low for the foreseeable future, with the International Air Transport Association saying that it will be until 2024 before demand returns to last year's levels.

Experts have said the various measures, which include raising $11 billion so far this financial year, will help the SIA Group - but not likely to the extent that it can avoid eventual job cuts. This is so given that airlines are overstaffed for current demand levels, and a quick recovery is nowhere in sight. - The Straits Times/Asia News Network 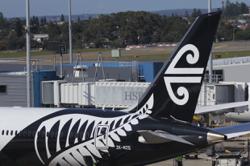 SIA kicks off retrenchment exercise; affected staff told they will be paid until Dec 15