‘We have resources to endure virus’

THE country has resources for a “protracted” fight against the pandemic and its effects on the economy, which contracted by a record in the second quarter, according to Finance Secretary Carlos Dominguez.

The nation’s “unique fiscal and macroeconomic strengths” going into this year provide it with a “solid footing” to meet the pandemic’s economic challenge, he said in a statement.

“We have the resources necessary to endure this challenge, but we must also conserve our resources for succeeding rounds of this fight, ” he added.

“The government’s ability to sustain the fight depends on our fiscal stamina.”

The Philippines plunged into a recession after shrinking 16.5% in the second quarter as consumer spending and jobs got hammered amid lockdowns in Manila and urban centres to contain the virus.

Rising infections pushed the government on Tuesday to reinstate restrictions in the capital region and four neighbouring provinces for two weeks.

The Philippines’ near-term growth outlook has continued to deteriorate amid the pandemic and lockdowns, Fitch Ratings Associate Director Sagarika Chandra said in a statement.

“Downside risks are materialising” given the country’s difficulty of containing the virus.

Despite the latest lockdown, economic recovery in the third quarter will proceed at a “steady, yet moderate” pace after the gradual reopening of businesses since May, Dominguez said.

The restriction is long-term positive as it gives time for to boost healthcare resources and contain the spread of the virus, he said. 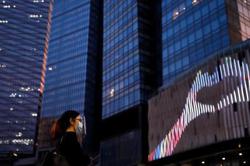 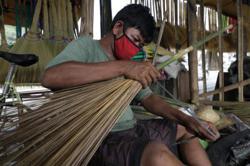