Hopes for a Covid-19 vaccine in early 2021, but that’s only the start of the story, experts say

With six Covid-19 vaccine candidates undergoing final clinical trials, initial data about whether they can protect people from the disease is expected to be available in the next two to three months, assuming all goes well.

That gives hope to the possibility that a vaccine could hit the market by early next year.

A possible concern is that most of the candidates, although using different technologies, have adopted a similar immunology strategy to express the spike protein of SARS-CoV-2 in the hope of inducing neutralising antibodies to stop it infecting healthy cells.

If the first candidates prove to be effective, the chances of the others succeeding is high. But the opposite also applies, according to virologists.

The strategy to target the spike protein is based on previous vaccine research for Sars (severe acute respiratory syndrome) and Mers (Middle East respiratory syndrome). In animal trials and earlier stage human trials all of the leading Covid-19 vaccine candidates produced satisfactory results in T-cell responses and neutralising antibodies.

However, only the final stage of clinical trials, which typically involves 20,000 to 40,000 volunteers in areas of high transmission, will tell if they can provide an effective barrier to Covid-19.

“Most of the data so far supports the notion that they all do what it says on the tin: induce neutralising antibody and T-cells,” said Daniel Altmann, a professor in the department of medicine at Imperial College London.

“But it is a long way from there to proof of safe, long-term, protective immunity.”

Michael Kinch, director of the Centre for Research Innovation in Biotechnology & Drug Discovery at Washington University in St Louis, said although he was hopeful, the stakes remained high.

“If you think of vaccine development as a portfolio of products, we are quite overweight in targeting the spike protein,” he said.

Coronavirus: will vaccine deals lead to poorer countries missing out?

Many vaccine developers have also chosen experimental platforms such as mRNA and DNA, which have never been approved for human vaccines before.

“Likewise, we are heavily skewed towards nucleic acid, which raises questions about both feasibility, as no nucleic acid vaccines have yet been approved or widely used,” Kinch said.

“An exception to this imbalance seems to be taking place in China, whose portfolio of experimental vaccines includes an inactivated one.” 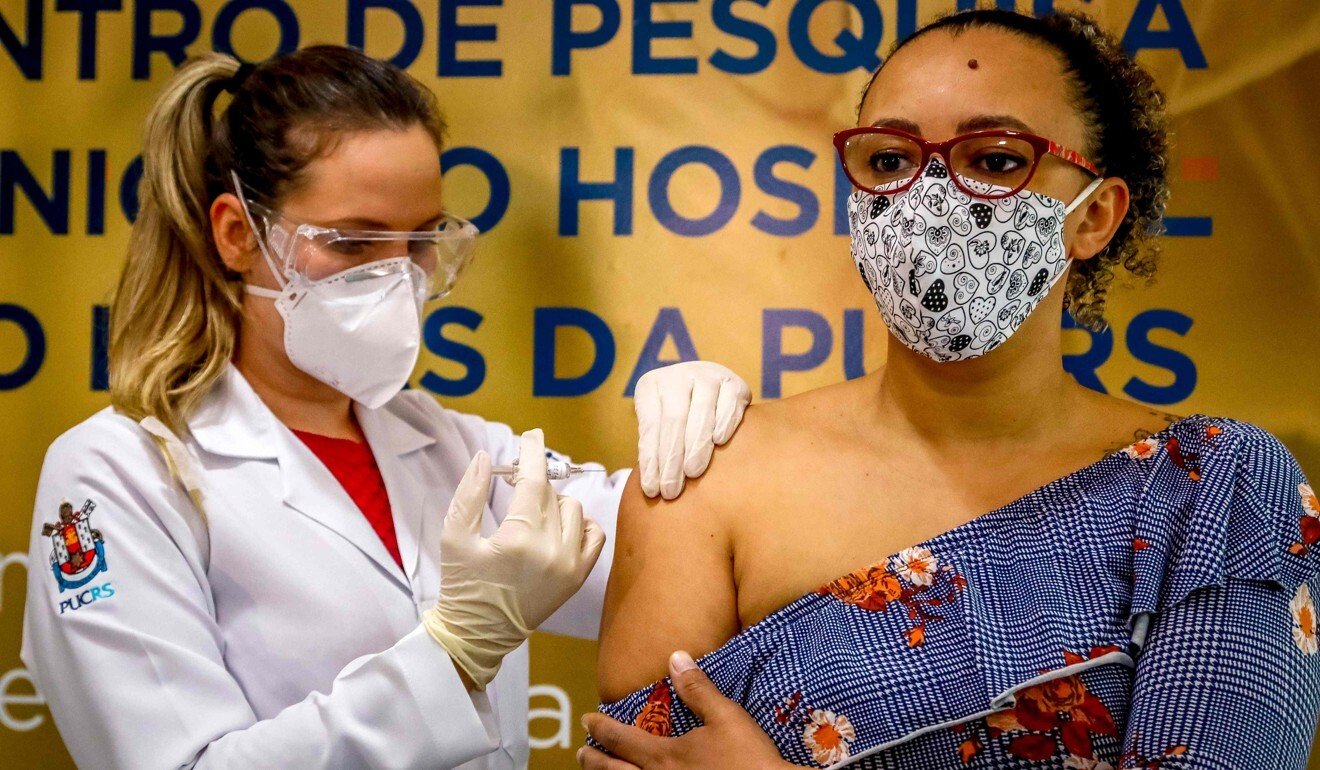 China chose to play safe by experimenting with different vaccine technologies, including an old approach of inactivated vaccines, which kill the entire viral strain instead of expressing a particular protein.

But there are downsides, as the vaccines may contain other antigens that can cause side effects and strong data will be required to convince the regulators.

Three inactivated vaccines developed by two Chinese companies are now undergoing phase three clinical trials in Brazil and the United Arab Emirates. It remains to be seen how strong the data will be because the sample sizes are smaller than normal.

Sinovac’s trial in Brazil involves 9,000 subjects, while Sinopharm is testing two candidates on 15,000 volunteers in the United Arab Emirates.

The United States government is the largest buyer of vaccines and it has pledged to pay several vaccine developers regardless of whether their candidates are successful. With Covid-19 still raging around the world, approval by the US Food and Drug Administration (FDA) will provide an important reference point for other countries.

In recent weeks, the FDA has repeatedly said it will not bow to political pressure to approve a vaccine but will stick to the science, as it is eager to ensure public confidence in any future inoculation programme.

Goldman Sachs said the US regulator may approve the first vaccine this year, while American infectious disease expert Anthony Fauci forecast that millions of doses would be ready early in 2021.

Russia announced on Saturday that it would register its Covid-19 vaccine on Wednesday, though scientists are concerned about its safety and efficacy, as none of the trial data has been made public.

In anticipation of successful phase three trials, pharmaceutical companies around the world are ramping up their manufacturing capabilities ahead of being given the green light to start producing.

Manufacturers have to produce several batches of a vaccine and provide data to prove its quality and consistency when they apply for a licence.

A total of 26 vaccine candidates are undergoing clinical trials at various phases. Pharmaceutical giants like Johnson and Johnson and Sinofi have already signed deals with the US government, even though their products are only at the first and second trial stage.

Despite the optimism, scientists have cautioned that even if permissions for use are given, the early Covid-19 vaccines may only have an efficacy level similar to an influenza shot, meaning they will not produce herd immunity, which many say is needed to stop the spread of the disease.

The FDA sets a minimum efficacy rate of 50 per cent before it will grant approval, meaning people who are exposed to the coronavirus have a 50-50 chance of either falling sick or being fine.

“The influenza vaccine now has an efficacy of about that level, which is why they set that as a baseline,” said Paul Offit, director of the vaccine education centre at the Children’s Hospital of Philadelphia and the co-inventor of the rotavirus vaccine.

Altmann said that even that level of efficacy would be helpful in containing the pandemic.

“We just need something that can substantially tip the balance in our favour to drive out a human reservoir for recirculation of the virus,” he said.

But with only several months of data, questions remain about how long the immunity will last and whether there are unknown side effects.

“The primary uncertainty centres on the durability of the vaccine. We don’t yet know if any vaccine can protect for a long period of time,” Kinch said.

“This could be particularly problematic for coronaviruses given evidence that the less virulent forms, such as those that contribute to the common cold, seem to be able to evade durable immunity.” 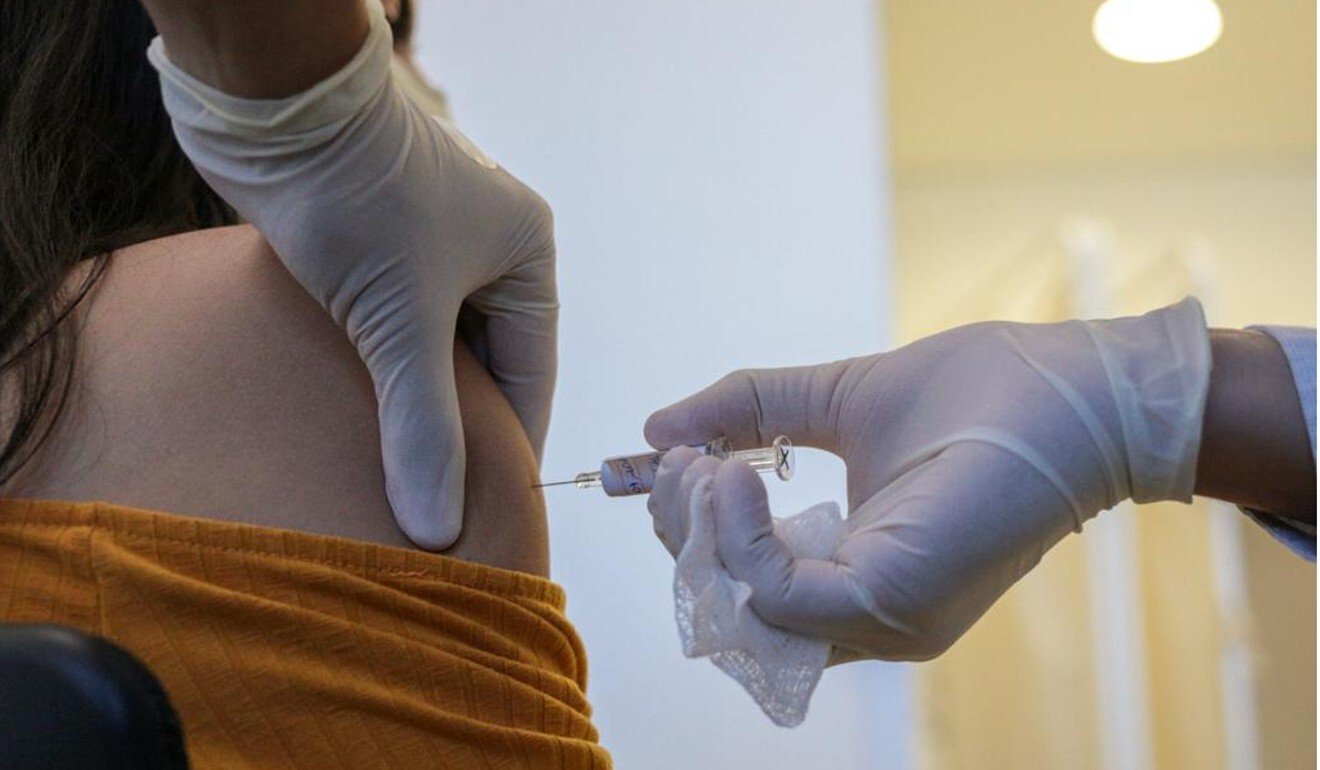 Offit said scientists would probably have to wait till the vaccines reached the market before they got the answers.

“There are things you don’t know,” he said. “If you test a vaccine on 20,000 people, it is different from applying it to 2 million people, so you could find out if it has an unwanted side effect.

“If you test a vaccine for six months, it does not mean it will last for a year, so you will only find out after approval.”

The FDA requires pharmaceutical firms to monitor their phase three test subjects even after the trials are completed to monitor possible side effects and have a better idea of the durability of immunity.

What happens next, as coronavirus vaccine trials move to a new phase?

Scientists are also concerned about vaccine protection for the elderly, who have weaker immune responses and are more prone to severe Covid-19 symptoms, and also if the vaccines are safe for pregnant women.

“I think it is still good that we try different varieties, so there is a chance to have something that works and is safe.”

Some clinical trials have enrolled small numbers of older volunteers, while the FDA has encouraged trials to be conducted among diverse ethnic groups. Some candidates are conducting multi-site trials in different countries. Oxford University and AstraZeneca, for example, are testing their vaccine candidate in Britain, Brazil, South Africa and India.

With so many uncertainties, some scientists say there should be a careful selection process for the vaccine candidates before proceeding to mass inoculation.

A weak vaccine might give a false sense of security to recipients and they might resume behaviours that spread the virus in the first place, Kinch said.

“From a logistical standpoint, a weak vaccine might require multiple boosts over time, which would add considerable cost and time to protecting the world’s population as well as raise questions about compliance [whether people are willing to receive additional vaccines or booster shots], particularly if the vaccine has side effects,” he said.

Ideally, vaccines should be effective for 10 to 12 years. While the first generation of vaccines may not be able to achieve that, scientists will be working on a second generation after rolling out the first ones.

Altman said it could be a logistical nightmare if vaccines with short immunity were applied on a large scale.

“We need careful comparisons, which will really matter enormously for make-or-break logistics: level of immunity, number of boosts needed, durability of immunity,” he said.

“Producing, rolling out and then monitoring billions of vaccine doses will be a logistical challenge on par with mobilising for a world war or a mission to Mars!

“This mustn’t be a mad race to the finish line as we do need really calm comparison to make best choices, which may involve several vaccines,” he said.

Did you know that among the world's top five health care markets, China is the only one growing at double digits? Get a comprehensive industry review and insights on Covid-19 induced market shifts with the China Healthcare Report, brought to you by SCMP Research. Sign up for our 50% early bird discount now. You will also receive access to 6 closed-door webinars led by China healthcare’s most influential C-suite executives. Offer Valid until August 12th 2020. 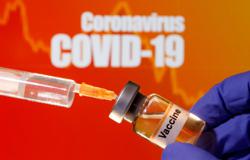