JAKARTA (Reuters): Indonesia will have capacity to produce 250 million doses a year of a coronavirus vaccine by the end of 2020 pending trials on humans, a minister said on Tuesday (Aug 4), as the country seeks to halt a wave of infections that has shown no signs of slowing down.

Indonesia has confirmed 115,056 cases of Covid-19 and 5,388 deaths since its first infections in March. It has been reporting more than 1,000 new cases on most days since the start of June.

State-run pharmaceutical firm Bio Farma will begin phase three of clinical trials on humans this week using a vaccine produced by China's Sinovac. If those are successful, Bio Farma has said it would produce the vaccine itself.

The global pandemic has sparked a scramble to create a vaccine, with more than 100 in development and about a dozen already being tested on humans. There are concerns, however, about demand and developing countries' access to a future jab.

Erick Thohir, Indonesia's minister for state-owned enterprises, said Bio Farma would raise capacity in the coming months and by year-end, would be ready to produce 250 million doses a year.

"Let's trust the capability of our country. Don't doubt Bio Farma, which has been proven either to produce vaccines that are produced with international partners or vaccines produced solely by (them)," Thohir said in a statement.

The Indonesian trials will be conducted in West Java involving about 1,600 volunteers, according to the website of the West Java government.

Sinovac did not immediately respond to a request for comment. It is also working with Bangladesh and Brazil for the clinical trials. 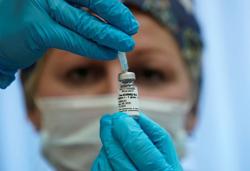 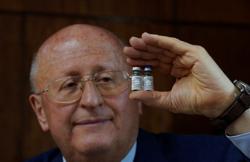