A woman works in a textile factory in Hai'an in eastern China's Jiangsu Province. China's manufacturing activity edged up in July and export orders strengthened despite weak US and European demand, a survey showed in fresh signs the world's second-largest economy is gradually recovering from the Covid-19. - AP

TOKYO, Aug 3 (Reuters): Asia's factory pain continued to ease in July with contraction slowing in big export-reliant nations, adding to hopes the region is steadily emerging from the devastating hit of the coronavirus pandemic.

Manufacturing activity in China expanded at the fastest pace in nearly a decade as domestic demand improved, a private sector survey showed on Monday, suggesting the world's second-largest economy will help cushion the pandemic's blow to world growth.

But worries about a second wave of infections may weigh on global demand and business sentiment, keeping any rebound in Asia's factory output feeble, some analysts say.

Japan, for one, will enjoy only a "very gradual and protracted recovery" as concerns about a resurgence in Covid-19 cases will weigh on domestic and overseas spending, said Stefan Angrick, senior economist at Oxford Economics.

"With the pace of recovery slowing in some of Japan's key trading partners, exports and business spending are likely to continue to struggle," he said.

The upbeat findings echoed an official survey on Friday, adding to evidence the world's second-largest economy is getting back on its feet faster than expected.

Japan and South Korea saw factory activity shrink at a much slower pace, a sign that pressures on manufacturers were easing and raising hopes the worst impact from the pandemic was over.

But factory activity in the Philippines and Vietnam slid in July, underscoring the patchy nature of the recovery.

South Korea's IHS Markit PMI rose to 46.9 in July from 43.4 in June, the highest reading since January, reflecting easing pressure on output and new orders.

A gauge of expectations for South Korea's manufacturing output over the next 12 months jumped, though exports - which account for nearly 40% of the economy - remained a concern.

The hit from lockdowns and social distancing policies to contain the virus has pushed many Asian economies into recession including Japan, South Korea, Thailand and Singapore. 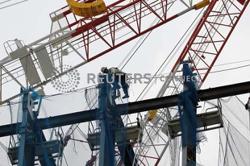 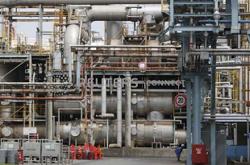