Landmark 81 in Ho Chi Minh City - the tallest building in Southeast Asia. Vietnam has been described as a rising star amid the pandemic by the World Bank who rank the country fifth fastest growing economy in the world. — VNA/VNS

World Bank lead economist and programme leader for Vietnam Jacques Morisset said: “Vietnam has a chance to spend more and spend better to boost local production at this time, ” during an online meeting held by the World Bank on Thursday (July 30) to discuss the 'new normal' for Vietnam.

He said while the fiscal accounts have deteriorated due to lower revenue, the government was able to absorb the shock, thanks to the accumulation of reserves and the use of contingent funds, limiting the use of new borrowing.

Though the local economy has nonetheless been hit by the Covid-19 crisis, with the GDP growth rate of 1.8 per cent, the breakdown by sectors indicates that the agro-forestry-fisheries sector recorded a growth rate of 1.2 per cent and contributed 11.9 per cent to the overall economic growth, the industrial sector expanded by 3 per cent (73.1 per cent of GDP), while the services sector grew by only 0.6 per cent (15 per cent of GDP).

The latest report by the World Bank (WB) said while Covid-19 has spread around the planet, killing hundreds of thousands of people and sending billions into lock-down, as health services struggle to cope, Vietnam still belongs to a small club of countries that have reported zero deaths caused by the pandemic.

This result is even more impressive considering the country is located next to China as the epicentre of the pandemic.

The bank representative also said Vietnam has coped with the impact of Covid-19 on its external accounts by maintaining a trade surplus and attracting a relatively large amount of foreign direct investment (FDI) inflows even though exports have contracted in recent months.

Morisset said as many of the local businesses were home based with family-member employees, household businesses could recover quite quickly after social distancing.

However, he said Vietnam should do more to cope with the new situation, saying: “No one knows what will happen in the few weeks.”

Over the weekend, as more Covid-19 cases were reported and another wave of social distancing could be applied, the bank said tourism and remittances could be further impacted.

As governmental data indicates that as many as 30 million workers, or more than half of the labour force, could have been affected by the crisis, the bank said the country should prepare to retrain its workers.

The report said the impact of the crisis has also not been uniform, raising inequalities across sectors and among people.

As about 90 per cent of the population has a smartphone and a good foundation of digital infrastructure, the World Bank’s representative said: “Vietnam can take the chance to boost contact-free services and e-commerce.”

According to the report, the ongoing transformation of the global economy provides the opportunity for Vietnam to take important policy actions.

WB estimated that the local GDP should rebound in the second quarter of 2020 so that the economy will grow at around 2.8 per cent for the entire year.

The report also said: “Regardless of the scenario, Vietnam is expected to remain one of the fastest-growing economies in the world in 2020." — Vietnam News/ 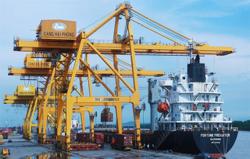