Protesters calling for benefits after their textile factory was shuttered amidst the economic downturn related to the Covid-19 coronavirus pandemic in Phnom Penh on July 29, 2020.- AFP

PHNOM PENH (Xinhua): The Cambodian government on Friday (July 31) extended tax breaks for aviation companies and tourism-related businesses for another two months to help offset losses caused by the Covid-19 pandemic, according to its press statement.

"Although people have gradually returned to their jobs and businesses, garment-textile sector, tourism and aviation, hit the hardest by the Covid-19, have neither recovered nor stabilised yet," the statement said.

It said the locally registered airlines will be granted an extended minimum tax exemption for another two months from August to September.

The government also extended another two-month tax holiday from August to September for hotels, guesthouses, restaurants and tour companies in capital Phnom Penh and in Siem Reap, Preah Sihanouk, Kep and Kampot provinces, as well as in Bavet and Poipet cities, the statement said.

Cambodia has so far recorded a total of 234 confirmed Covid-19 cases, with 164 patients cured and 70 still in hospital. 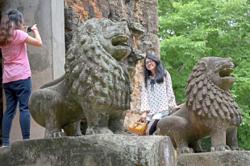