US consulate closed and taken over by authorities

BEIJING: As required by China, the US Consulate General in Chengdu was closed.

Chinese authorities then entered through the front entrance and took over the premises yesterday, the Chinese Foreign Ministry said on its website.

On Friday, the ministry informed the US Embassy in China of its decision to withdraw its consent for the establishment and operation of the consulate, a “legitimate and necessary response” to earlier US provocation of demanding that China close its Consulate General in Houston.

Meanwhile, China’s foreign ministry has complained that American law enforcement officials improperly entered its consulate in Houston, which was ordered to close in an escalating diplomatic feud.

The ministry gave no details, but US federal agents checked the consulate’s doors and a locksmith was seen working on a lock Friday after Chinese diplomats left ahead of a 4pm deadline to close.

US-Chinese relations have plunged to their lowest level in decades amid conflicts over trade, technology, Hong Kong and spying accusations.

The Trump administration ordered the Houston consulate closed this week, saying Chinese agents tried to steal medical and other research in Texas.

Beijing responded by ordering Washington to close its consulate in the southwest Chinese city of Chengdu.

“As for the US side’s forcible entry into the premises of the Chinese Consulate General in Houston, China expresses strong dissatisfaction and resolute opposition, ” said a foreign ministry statement.

The statement said that the Houston consulate was Chinese property, and that under diplomatic treaties American officials had no right to enter. — AP/Xinhua 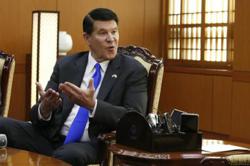 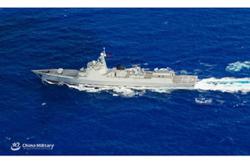