JAKARTA, July 28 (Xinhua): Indonesia and the Philippines have been jointly rescuing dozens of endangered species from international wildlife trafficking and sending them back into their habitats in Indonesia.

As many as 91 endangered animals which have been smuggled to the Philippines have been sent back to Indonesia, the Indonesian Foreign Ministry said on Tuesday.

Among the animals were cockatoos, cassowaries and scores of mammals and reptiles, the ministry said in a statement.

The shipment of the animals commenced on Monday from Davao city in the Philippines and was expected to arrive at the Bitung seaport in Indonesia's North Sulawesi province days later.

In Indonesia, the species would undergo rehabilitation at the Rescue and Rehabilitation Center before being released to their habitats.

Most of the species are endemic to the eastern parts of the vast archipelagic nation Indonesia.

The return of the animals was supported by the Combating Illegal Wildlife Trade (CIWT) Project.

Indonesia and the Philippines are members of the Convention on International Trade in Endangered Species of Wild Fauna and Flora.

Indonesia is known as one of the most species-rich nations as its large area of rainforests is home to numerous floral and animal species spreading over 17,500 islands. - Xinhua
Article type: free
User access status: 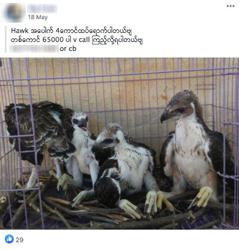