ULAN BATOR, July 26 (Xinhua): An administrative subdivision of Zavkhan province in western Mongolia has been quarantined for an indefinite period after a suspected case of bubonic plague was reported on Saturday, local government said Sunday.

A 39-year-old resident of Uliastai soum has showed symptoms of high-grade fever, headache and muscle aches after eating marmot meat with his family a week ago.

He is now under isolation at a local hospital.

So far, at least nine people who had contacted the person have been isolated at their homes.

According to the country's National Center for Communicable Diseases, up to 17 out of all 21 provinces in Mongolia are now at risk of bubonic plague.

A total of seven suspected cases of bubonic plague have been reported across the country so far this year, with three confirmed by laboratory test results.

Two confirmed cases were identified earlier this month in Tsetseg soum of Khovd province while another one was a 15-year-old boy in Govi-Altai province, who died on June 12.

The plague is a bacterial disease that is spread by fleas living on wild rodents such as marmots and can kill an adult in fewer than 24 hours if not treated in time, according to the World Health Organisation. - Xinhua
Article type: metered
User Type: anonymous web
User Status:
Campaign ID: 18
Cxense type: free
User access status: 3 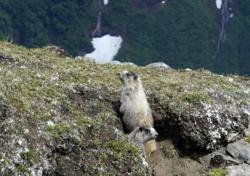