BEIJING (China Daily/ANN): China has reiterated that it would not allow banking and insurance institutions to clandestinely divert funds to bourses and the real estate sector amid renewed efforts to curb financial risks and stock market volatility, and home price spurts.

In a notice issued on Tuesday (July 14), the China Banking and Insurance Regulatory Commission said that its inspections had revealed that some banking and insurance institutions have weak control over their nonstandard investments.

This led to irregular flows of funds into the stock and housing markets and restricted sectors like highly polluting, energy-intensive industries, and industries with overcapacity.

CBIRC officials said the country's top banking and insurance regulator will persistently crack down on serious violations of laws and rules in relevant areas, increase the exposure of typical problems, and take regulatory measures in a timely manner against the banking and insurance institutions that implement the relevant regulations in a poor manner.

Recently, investors have been seeing a rally in the stock market and increases in home prices in some cities.

One of the major reasons for this is the gradual economic recovery and chances of an even stronger recovery in the future, said Lian Ping, chief economist of Zhixin Investment.

"Currently, liquidity conditions in China are loose, and the country has lowered interest rates to help revive the economy.

"Under the present circumstances, the rally in the stock and housing markets will cause some investors to seek funds from banks by violating laws and regulations to invest in these markets, in the hope of making huge profits from speculation," Lian said.

"At the initial stage of the phenomenon, financial regulators put forward requirements clearly and said they will take specific measures accordingly. This is good for controlling risks from the beginning and preventing accumulation of risks triggered by irregular market behaviour."

During regulatory inspections, the CBIRC also found that some problems still exist in the areas of shadow banking and cross-sector financial business, although these types of business have shrunk significantly after more than three years of crackdown on market irregularities.

The resurgence of relevant financial risks may occur in some regions, regulatory officials said.

Wen Bin, chief analyst at China Minsheng Banking Corp, said banks should focus on their main business and responsibilities to serve the real economy, the part of the economy that produces goods and services.

"The current rates of small business loans are lower than home mortgage rates, providing space for arbitrage. Regulators have repeatedly stressed on the prevention of arbitrage through banks' cooperation with other financial institutions such as trust companies.

"In addition, banks should strengthen the efforts to track the flow of funds, to prevent collateral-free consumer loans and small business loans they offered at low rates from flowing into the stock and housing markets," Wen said.

The CBIRC will further consolidate its achievements on rectification of market irregularities in terms of shadow banking and cross-sector financial business to promote further risk reduction.

"Tighter regulation has mitigated the rising asset risk for insurance companies, which have been strictly implementing risk management and have increased the transparency of the underlying assets of nonstandard investment," said Zhu Qian, Moody's vice-president and senior credit officer, during an online conference on Wednesday. - China Daily/Asia News Network 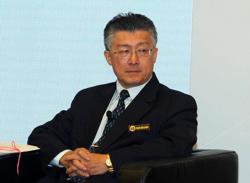 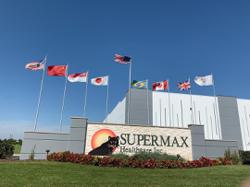