NEW DELHI/BEIJING, July 10 (China Daily/ANN): Chinese and Indian troops have taken measures to disengage at the Galwan Valley in the western section of the China-India boundary, Foreign Ministry spokesman Zhao Lijian said on Friday, adding that the overall border situation is stable and improving.

Speaking at a regular media briefing in Beijing, Zhao said the disengagement was done according to consensuses reached during previous commander-level meetings.

"China and India will continue to maintain their dialogue and communication through military and diplomatic channels, including holding a new round of commander-level talks and a meeting of the Working Mechanism for Consultation and Coordination on China-India Border Affairs," he said.

Zhao said China hopes India will work together with China to implement all consensuses reached by the two nations with concrete actions and jointly de-escalate tensions in border areas.

The two countries have held three rounds of commander-level talks, the latest on June 30.

Also Thursday, China warned that it reserves the right to take action in response to Australia's announcement to extend the visas of Hong Kong people in the country and suspend its extradition treaty with Hong Kong. Zhao said China strongly condemns Australia's remarks and measures that severely violate international laws and basic norms governing international relations.

"It is a gross interference in China's internal affairs. ... All consequences will be borne by Australia," he said.

Hong Kong, Macau lawyers to have chance to practise in Guangdong 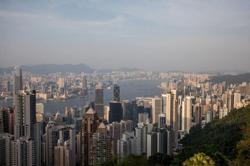