Mourners (family members) visiting a memorial for the late Seoul mayor Park Won-soon at the Seoul National University hospital in Seoul. The mayor of Seoul, a former human rights lawyer and potential South Korean presidential candidate, died in an apparent suicide a day after being accused of sexual harassment. - AFP

SEOUL, July 10 (AFP): The magnitude of South Korea's sexism problem has been illustrated by the case of a top politician and women's rights advocate who was accused of sexual harassment then took his own life, activists say.

Seoul mayor Park Won-soon, a former human rights lawyer, was instrumental in advocating against gender discrimination and in the 1990s won what is widely considered the first sexual harassment case in the conservative society.

But following his suicide, feminist campaigners said he had avoided shame and punishment for allegedly harassing his female secretary, who filed a police complaint against him the day before his death.

The circumstances of Park's case -- despite his liberal background and after a high-profile #MeToo campaign in the country -- highlight the scale of gender inequality in South Korean politics, they said Friday.

Park was the latest in a series of senior figures in the ruling centre-left Democratic party to face accusations of sexual misconduct.

Ahn Hee-jung, a former provincial governor who was runner-up in the 2017 race for the party's presidential nomination, was convicted of "sexual intercourse by abuse of authority" last year after his assistant accused him of repeatedly raping her.

And three months ago Oh Keo-don, the Democratic mayor of South Korea's second biggest city Busan, resigned after admitting he had "unnecessary physical contact" with a female staffer.

"Almost all South Korean men, whether they are politically conservative or liberal, are very traditional and patriarchal when it comes to gender issues," Lee Soo-yeon, a researcher at the Korean Women's Development Institute in Seoul, told AFP.

"Politicians -- who constantly seek power and acknowledgement -- are no exception."

"They would endorse feminism if it helps their political career, but would not think how they treat women in real life -- such as at home or at work -- also matters."

Activists have previously accused President Moon Jae-in -- who once called himself a feminist -- of failing women.

"This is both the failure of the individual and the political party," said Harvard researcher Keung Yoon Bae.

"The chauvinism and misogyny -- as well as the blindness to these issues -- within the Korean Left has a long history, going back to student activism," she added. "It can't go unaddressed."

Park was one of the most prominent male advocates for women's rights in South Korea and a pioneering figure in the field.

As a lawyer he won a landmark, high-profile sex crime case in 1988, representing a young female labour activist who was sexually tortured by a policeman.

More than a decade later, he won another case widely recognised as the country's first workplace sexual harassment suit, which set a legal precedent in the country -- where activists say such acts had barely been considered illegal prior to the ruling.

Last year he told a public forum he was a feminist, and that he had cried while reading a controversial feminist novel dealing with a young mother's struggle in a sexist society.

But his former secretary is said to have accused him of multiple acts of harassment, including sending her selfies in his underwear.

Park's death automatically closed any police investigation into him, meaning that his accuser will not have an opportunity to legally prove her allegations, while he will not be able to mount a defence.

As a result he kept "all of his honours and office status", said Yun Dan-woo, a women's rights activist.

By taking his own life Park had once again silenced the accuser, activists said, as many would now dismiss her claims.

Minor opposition Justice Party lawmaker Ryu Ho-jeong expressed her support, telling her in a tweet: "I hope you know that you are not alone." - AFP
Article type: free
User access status: 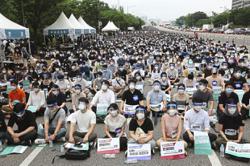 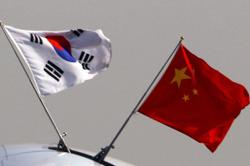