JAKARTA (The Jakarta Post/ANN): The Indonesian Ulema Council (MUI) has called on the government to reassess the controversial omnibus bill on job creation, particularly in regard to provisions regulating halal certification and the employment of foreign workers.

In a written statement issued last Friday, MUI secretary-general Anwar Abbas said the bill should aim to protect the economic interests of citizens by limiting the inclusion of foreign workers in the national workforce.

“[The bill] must protect national economic sovereignty and limit [the number of] foreign workers, ” he said.

Furthermore, Anwar urged the government to extend the same business flexibility granted to large corporations to the more than 70 million micro enterprises across the country, claiming that smaller businesses often lacked the knowledge and security required to stay afloat.

He also suggested that the state entrust all matters related to halal certification to the MUI, lest the bill would risk violating religious principles.

“Halal [certification] should be separated from businesses and instead returned to its essence, namely Islamic principles, which fall under the MUI’s domain, ” he stated.

He said the bill, which stipulates halal certification to be one of the requirements for a business permit, had therefore granted state authority to infringe on religious jurisdiction.

“On that basis, the MUI believes that, in regard to halal certification, the government should position itself as an administrative institution, while the MUI is positioned as an internal body that has the authority to issue the halal fatwa on products, ” Anwar said. - The Jakarta Post/Asia News Network 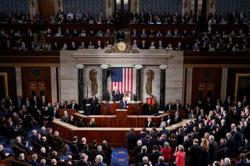