BEIJING, July 6 (Xinhua) -- China's National Equities Exchange and Quotations (NEEQ), or the "new third board," saw total funds raised climb 17.43 percent in the first half of this year (H1) compared to the preceding six-month period as it undergoes market-oriented reform.

Companies listed on the NEEQ raised 10.63 billion yuan (US$1.5 billion) in the first six months, and all 10 of its benchmark indices were higher at the end of June than the beginning of this year.

China's securities regulator outlined a series of reform measures last October to better orient the NEEQ to the needs and features of small and medium-sized enterprises (SMEs) and support the high-quality growth of the real economy.

The reform will create a new tier for best-performing companies at the NEEQ and allow them to be listed on the stock exchanges, as long as they meet public offering requirements.

The measures have encouraged 199 NEEQ-listed companies to announce plans for public offerings and join the best-performing tier, with 70 applications now processing, according to the NEEQ.

The reform is yielding positive results as quality firms are increasingly willing to remain listed on the board, said the NEEQ, citing data that 27 companies have canceled plans to withdraw from the NEEQ in the January-June period.

Launched in 2013, the NEEQ supplements the Shanghai and Shenzhen stock exchanges and offers SMEs a financing channel with low costs and simple listing procedures.

By the end of June, the NEEQ had 8,547 listed companies, including 1,189 on the innovation tier and 7,358 on the base tier, and over 1.3 million investors. - Xinhua
Article type: free
User access status: 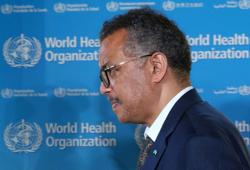 Exclusive: Germany and France quit WHO reform talks amid tension with Washington - sources