YANGON, July 5 (Xinhua): Seven new cases of Covid-19 were reported in Myanmar, bringing the total number of infections in the country to 313 as of Saturday, according to latest figures released by the Health and Sports Ministry.

The newly confirmed cases were returnees who are under facility quarantine in Yangon region after their recent arrivals from India, Bangladesh, Laos, Thailand and Singapore, the ministry's release said.

As of Saturday, a total of 81,977 samples were tested for Covid-19 in the country and 240 patients have recovered.

Myanmar reported its first two cases of Covid-19 on March 23 with six deaths so far.

A total of 35 people were killed with 202 injured in traffic accidents on Myanmar's Yangon-Mandalay highway in the first half year, state-run media quoted Highway Police's figures as saying on Sunday (July 5).

From January to June this year, there were a total of 183 road accidents reported on myanmar's busiest highway, where March was recorded with the highest numbers of casualties, registering nine deaths and 48 injured in 36 traffic accidents.

The highway accidents were mostly caused by human error -- overspeeding, negligent driving, drowsy driving and others.

The highway police force is urging people to follow the traffic laws and cooperate with traffic police in carrying out road safety measures.

The highway authorities have increased the number of road safety police stations, providing 24-hour services for travellers since 2012 so as to enhance better traffic safety along the highway. 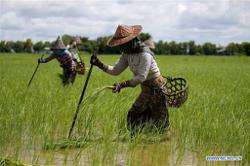 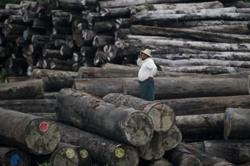 Large haul of stimulants, opium worth US$6.85mil seized in Myanmar