Cinemas in Singapore to reopen on July 13, with 50-person limit per hall

SINGAPORE, July 5 (The Straits Times/ANN): Cinemas can reopen from July 13, according to a statement yesterday from the Infocomm Media Development Authority (IMDA).

They have been closed since March 27 as part of the fight against Covid-19.

The reopening, which is the result of consultations between the authorities and cinema operators, will take place with added safety precautions.

These include a 1m social distancing seat configuration.

Up to five patrons, comprising friends and family, can sit together without the 1m distancing requirement, but different groups of patrons have to observe it.

Also, there will be a limit of 50 patrons per cinema hall. Masks will be mandatory at all times, including inside the hall, except when consuming food and drink, according to the statement.

Among the films to usher in the reopening is the highly anticipated follow-up to zombie thriller Train To Busan (2016), one of the highest-grossing South Korean films in Singapore.

Train To Busan: Peninsula will open on July 15 here, on the same day it is released in South Korea.

In an e-mail, Clara Cheo, chief executive officer of Singapore's largest cinema operator, Golden Village Multiplex, said: "While we're excited to be able to reopen our doors to moviegoers, the safety and well-being of our customers and colleagues are our highest priority.

"We have introduced an extensive range of precautionary measures across our cinemas to ensure patrons can once again enjoy the very best movie experience, in the safest way possible."

Prashant Somosundram, general manager of indie cinema The Projector, said in an e-mail that "safety will be paramount" after reopening and every precaution will be taken.

"We will be reopening on July 15, with new releases like the Werner Herzog drama Family Romance, LLC, and zombie movie Train To Busan: Peninsula and older favourites as well."

Mark Shaw, director of Shaw Organisation which operates the Shaw Theatres chain, Singapore's second-largest, said in an e-mailed reply that "health and safety continue to be our priority".

Seven Shaw Theatres locations will reopen, while two, at Balestier and Lot One, remain closed for renovations.

Explaining what social distancing will look like, Mr Shaw said: "You will see our familiar chequerboard seating arrangement, with a minimum of a two-seat gap between every two or three seats to ensure the 1m safe distancing."

Titles which can be viewed at Shaw outlets after reopening include the biopic Escape From Pretoria (2020), the biographical thriller Mr. Jones (2019) as well as Train To Busan: Peninsula. - The Straits Times/Asian News Network 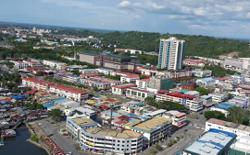 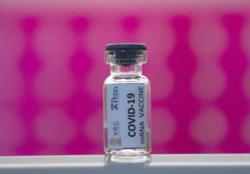