Harry Roque was seen in the waters with the dolphins at Ocean Adventure in Subic Bay. - (Screengrab from Jenelyn Dela Cruz twitter account)

MANILA (AFP): A top aide to the Philippines' president has made waves after he swam with dolphins at a theme park, even as the country endures tough travel restrictions due to the coronavirus.

"I did not violate any regulation although I recognise that some people might have been offended by the pictures they saw," said Harry Roque, spokesman for Rodrigo Duterte, during a news conference Thursday (July 2).

"Swimming is now allowed because it's a non-contact sport. If I had violated any social-distancing rules, well I was with dolphins, not with people," he said, while also apologising for his behaviour.

Roque, 53, told reporters someone had taken photos of him at Ocean Adventure, near the former US naval base at Subic Bay, on Wednesday without his knowledge.

The photos were posted to the marine theme park's Facebook page, local media reported. They have been removed.

Twitter users criticised Roque for taking the trip during the coronavirus outbreak that has left many in the country jobless and devastated the economy.

"Here he is swimming with dolphins while the whole country is crippled by a pandemic," one post said.

Roque said he had taken a "side trip" to the park in Bataan province after visiting his "loss-making ventures" that include a pig farm.

He is attempting to sell them to comply with a constitutional provision that prohibits public officials from running a business.

"How could I sell them off during a lockdown? So that was the real reason I went to Bataan," Roque said, adding he had used a police-issued permit to travel and was not a "tourist".

While virus restrictions have been eased in Manila, non-essential trips outside the capital are not permitted under the current rules without special permission.

Tens of thousands of Filipinos have been detained by police for quarantine violations ranging from failure to wear face masks, breaking curfews or leaving their homes without special passes.

Several Duterte aides and allies have been accused of violating regulations imposed by his government as it seeks to slow the spread of the virus.

The Philippines has nearly 39,000 confirmed cases, including 1,274 fatalities.

Duterte, who rarely wears a mask in meetings broadcast on television, warned in April that people caught breaking lockdown rules would be shot dead. - AFP 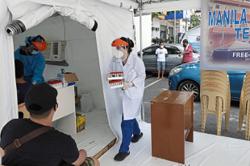 ‘We are waging a losing fight’ 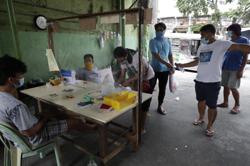 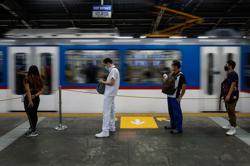