Rescuers recover bodies near the landslide area in the jade mining site in Hpakhant in Kachin state on July 2, 2020. - AFP

YANGON (Xinhua): The death toll of a massive jade mine landslide in Myanmar's northernmost Kachin state has risen to 146, the Information Ministry said.

The number of injured people reached 31, said a statement from Office of the Commander-in-Chief of the Defense Services.

Caused by the monsoon rains, the landslide hit a jade mining site in Sate Mu village tract of Hpakant township at 8am local time on Thursday (July 2).

According to an earlier information from the Military True News Information Team, a 304.8-metre high cliff wall collapsed onto a tailings pond at a suspended mining site.

Meanwhile, the Myanma Gems Enterprise issued a directive to jade mining companies to suspend operations at the sites for three months starting this month during the monsoon season.

"It's dangerous to carry out jade mining operations in the areas as there will be heavy rainfalls during the monsoon season," U Min Thu, managing director of the enterprise under the Ministry of Natural Resources and Environmental Conversation, told Xinhua.

According to the enterprise's directive, the suspension will be imposed in Lone Khin-Hpakant mining area in Kachin state, Kani mining area and Maw Luu-Maw Han mining area in Sagaing region from July 1 to Sept. 30. - Xinhua 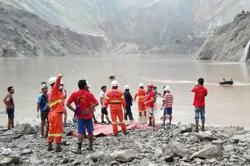 Death toll from Myanmar jade mine landslide rises to 113 (Update) 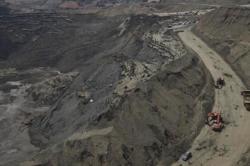 At least 50 killed, many feared missing in jade mine landslide in Myanmar