Riot police clear blockages on a road after pushing back protesters on the anniversary of Hong Kong's handover to China from Britain, in Hong Kong, Wednesday, July. 1, 2020. - AP

HONG KONG (The Straits Times/ANN): Hong Kong police arrested at least seven people under a new national security law on Wednesday (July 1), shortly after the legislation took effect, as thousands gathered in mass protests on the anniversary of the city's handover to China.

More than 180 people have been arrested so far for unlawful assembly, violating security law, obstructing police and possession of weapons, police said as evening neared.

An officer was stabbed in the arm by protesters who fled after the deed, the Hong Kong police force said in a tweet that showed bloody photos of an injured officer being attended to.

Some dismantled banners hung on railings along the roadside and threw them onto the carriageway. Others obstructed traffic using dismantled railings and rubbish bins, and set fire to barricades in the vicinity, posing a danger to public safety.

Some four hours after the demonstrations began in the afternoon, thousands remained defiant, chanting what are now illegal pro-independence slogans and singing the prohibited protest anthem despite warnings from the police.

Shouts of "Liberate Hong Kong, revolution of our time" and "Hong Kong independence, only way out" sounded across streets.

As the protesters occupied parts of Hennessy Road doing so, some raised six fingers to represent the six demands including universal suffrage and independent probe into allegations of abuse of authority by the police.

A bystander, who wanted to be known only as Zheng, said: “There are freedoms right? They (China) said no changes for 50 years. Look around now, everything has changed hasn’t it? Isn’t it laughable?”

Hours before the demonstrations began, Hong Kong leader Carrie Lam had declared that the new national security law would be a historic step forward for the relationship between the city and mainland China. - The Straits Times/ANN 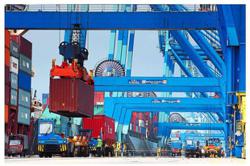 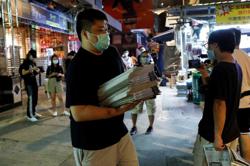