JAKARTA, June 28 (The Jakarta Post/ANN): The United Nations is urging the government of the Democratic Republic of the Congo (DRC) to investigate the recent death of an Indonesian soldier tasked with the body’s peacekeeping mission in the country, the Indonesian Military (TNI) has said.

The soldier, Sgt-Maj Rama Wahyudi, died on late Monday local time after being shot in the chest when his patrol was ambushed by “suspected members” of the Allied Democratic Forces (ADF), an armed group in eastern DRC, around 20 kilometres from the city of Beni in the country’s North Kivu province.

“As of now, the UN is pushing the DRC to uncover who was behind [Rama’s death], ” TNI Peace Forces Mission Center commander Brig. Gen. Victor H. Simatupang told The Jakarta Post on Saturday.

He added that the UN military police as well as DRC local authorities were launching an investigation into the incident, in which several witnesses, including several Indonesian peacekeeping officers, were also questioned.

“Indonesia will encourage the DRC through the Foreign Ministry to resolve the attack immediately. We ask the foreign minister to ask the Indonesian Embassy in Kenya to send diplomatic notes to the government of the DRC, ” Victor went on to say.

However, responding to Victor’s statement, Foreign Ministry spokesperson Teuku Faizasyah on Sunday said the ministry would not approach the DRC government.

"The UN will ask the DRC (to solve Rama's death), not the Indonesian government because our troops are serving under the UN banner," he said.

According to a TNI situation report, an engineering company comprising 12 personnel and escorted by a battalion from Malawi was ambushed just as they were returning to the central operation base.

The attack also prompted Indonesia to conduct an evaluation of the existing patrol system at the UN Organization Stabilization Mission in the DRC (MONUSCO).

Since joining UN peacekeeping missions in 1957,38 Indonesian soldiers have died in the field. Most of them, however, were killed in road accidents rather than in open conflict.

Of them, 1,319 died in accidents, 1,187 from illnesses, 1,001 because of malicious acts and the remaining in connection to other issues. - The Jakarta Post/Asian News Network

U.N. says attacks by Islamist militia in Congo may be war crimes 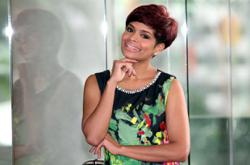