Nearly 2 million lockdown babies expected in the Philippines this year

MANILA, June 25 (Xinhua): Nearly 2 million women in the Philippines between ages 15 to 49 years old will get pregnant this year, a population commission said on Thursday, warning of an additional 214,000 unplanned births this year amid the restrictions to contain the Covid-19 epidemic.

The Philippine Commission on Population and Development (Popcom) said that 10 per cent of the births will be among women below 20 years of age, with an additional 5,000 pregnancies.

"An additional 214,000 pregnancies would push the number to almost 1.9 million in 2021," the commission said in a statement.

According to Popcom, the highest number of births in the country since 2000 was 1.790 million, and the number has since been declining. There were 1.668 million births in 2018, it added.

Popcom said the "alarming numbers" were the projection made by the University of the Philippines Population Institute (UPPI) and the United Nations Population Fund (UNFPA).

The study revealed that among women 15 to 49 years old, there are about 3,099,000 with unmet need for family planning exacerbated by Covid-19.

"With family-planning services impeded due to the nationwide implementation of community quarantines, an additional 590,000 might be added to the figure, bringing the total to 3,688,000 - a 19 per cent jump," the commission added.

Meanwhile, Popcom said the contraceptive prevalence rate (CPR) for modern family planning methods - the percentage of women who use any method of modern contraception - is projected to decline by 2.2 per cent.

"This means over 400,000 women will drop out of the country's family planning program," the commission added.

"Looking at these numbers, we foresee that because of the restrictions of movement as well as the reduction of access of women and men to family planning supplies, there will be at least one pregnancy for every three women with an unmet need for family planning," said Juan Antonio Perez, Popcom's executive director and undersecretary.

"Those are just some of the adverse impacts of the community quarantine to the welfare of our families, which further aggravates the situation of the ongoing health crisis," Perez added.

"While the numbers are staggering, this should sound the alarm for everyone that as the pandemic rages on, family planning should still be top-of-mind for everyone," he added.

Aside from offering home delivery of three months' worth of supplies such as pills and condoms for those enlisted to the family planning programme, he said that health centers are also open to taking in women who wish to avail of injectables and sub-dermal contraceptive implants.

The Philippines remains under varying levels of Covid-19 quarantine restrictions after the government imposed a lockdown in mid-March to halt the spread of the virus as people are urged to stay at home. - Xinhua 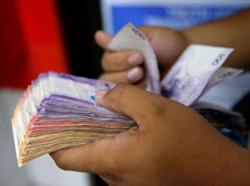 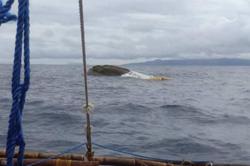 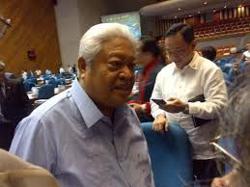 Philippine lawmaker in favour of granting franchise to broadcaster