VIENTIANE (Xinhua): Ways of preventing second wave of Covid-19 in Laos were discussedabout at the opinion column on local daily Vientiane Times on Saturday (June 13).

The Laos government on Wednesday announced a victory in the battle against Covid-19 after all 19 patients infected by the virus were discharged from hospitals.

Laos Prime Minister Thongloun Sisoulith told a media conference in Laos capital Vientiane that the country has been able to gain an initial victory over the Covid-19 pandemic and it is the first significant step.

However, the Laos government has urged authorities and people countrywide to remain vigilant and fully comply with government guidelines to stop the spread of the virus.

Accordingly, the Laos daily asked some local people for their thoughts on the ways of preventing a second wave of Covid-19.

Khai Ketmany, a teacher in Laos capital Vientiane, said his school is open now but only for three days a week and there are certain rules that everyone has to follow.

"We have to wash our hands with soap, have our temperature checked, wear a face mask and maintain social distancing. I advise students to protect themselves at all times," Khai said.

Xaynou Soulinthong, an official in Laos capital Vientiane, said that although life is almost back to normal, some of the rules are still in place and everyone has been asked to comply with them.

Everyone should cooperate with the authorities and continue to practice preventive measures, Xaynou added.

"I strongly urge the authorities to enforce control measures more strictly, especially self-isolation. Those who come Laos from other countries should comply with the rules to prevent a second outbreak of Covid-19," said Xaynou.

Khamphout, a resident of Laos capital Vientiane said, "I notice that only a few people are wearing masks and following the social distancing rules. I think this is very risky because people are sitting close together in group."

"I read on social media that a lot of the main tourist attractions are busy and there have been traffic jams because people were going out for trips after having to stay at home for so long," said Tai, an official in Laos capital Vientiane.

"I was a bit afraid because I noticed that people didn't seem to care about the virus anymore," he said.

"I understand that everyone wants to go out and have fun but we shouldn't forget that we are still at risk. I think everyone should remember to follow the rules put in place by the authorities," he added.

Laos , Daily Life Back To Normal , Making Moves To Ensure No Covid-19 Return 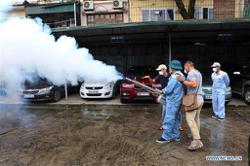 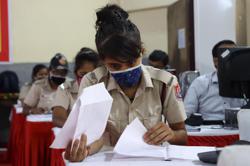