A journalist wearing a protective glove collects copies of the white paper on China's fighting of the Covid-19 coronavirus before a press conference at the State Council Information Office in Beijing, Sunday, June 7, 2020 - AP

The paper, an authentic record of China's arduous fight against the disease, has not only shown the country upholding a people-centered policy, a life-first principle and a cooperative mindset throughout its anti-epidemic battle at home, but also demonstrated China being a responsible major country in promoting global anti-epidemic cooperation, they said.

Cavince Adhere, an international relations expert with a focus on China-Africa relations, said the paper "comes at a time when much of the world is still struggling with how to bring the infectious disease under control."

"It is a welcome document and an important contribution to the international scientific community's efforts to cushion the world from the vagaries of the disease," Adhere said.

By documenting the broad and deep global interactions and information sharing on epidemics control, Adhere added, China has "aptly demonstrated the veracity of international collaboration as the most sustainable and effective way of containing the spread of the virus around the world."

"China, after its success in controlling the spread of Covid-19, has turned towards helping countries hit by the disease, and is working seriously to develop a vaccine for treatment," said Ahmad al-Marikhy, vice chairman of Egypt's state-run Television and Radio Magazine.

China's help, such as offering scientific and medical expertise in dealing with the disease, as well as providing medical supplies to many countries, has "an important humanitarian dimension, which is not strange to the civilization of China," said al-Marikhy.

Serik Korzhumbayev, editor-in-chief of the Delovoy Kazakhstan newspaper, said under the leadership of the Communist Party of China, the country has managed to put the epidemic under control very soon and saved a great many lives, which is "a remarkable achievement."

"Pursuing a people-centered policy, the Chinese government has demonstrated its capability to rally, mobilise and organise all walks of life as well as push forward the implementation of policies in the fight against Covid-19," he said.

Alfredo Bruno, head of the National Reference Center of Influenza and Other Respiratory Viruses at Ecuador's National Institute for Public Health Research, said that the white paper is of global scientific value.

By sharing scientific information and its anti-epidemic experience with other countries, China is helping the world better fight the disease, he said.

Noting that the Asian country plays an irreplaceable role in pushing forward global anti-epidemic cooperation, Bruno urged other countries to actively respond to China's call for international solidarity, the only way to win the fight against the disease. - Xinhua 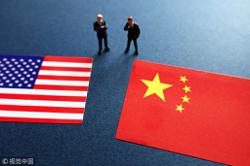 China urges US to avoid misjudgment