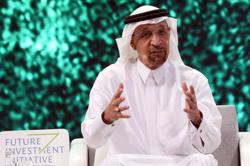 In a surprise move to many, Wan Zulkiflee, who has been president and chief executive officer of Petronas since 2015, will make his way to Malaysia Airlines Bhd (MAB) as its new chairman next month.

Tengku Muhammad Taufik was appointed as Petronas chief financial officer and a member of the board of directors in October 2018.

He is also a member of its Executive Leadership Team.

Tengku Muhammad Taufik was previously a partner in accounting firm PriceWaterhouseCoopers (PwC) where he served as the oil and gas leader.

Earlier, he held various positions in Petronas from 2000 to 2012, including in internal audit, corporate planning, business development and finance, and served as the head of planning unit.

Tengku Muhammad Taufik graduated as a chartered accountant from the Institute of Chartered Accountants in England and Wales and is also a member of the Malaysian Institute of Accountants.

Wan Zulkiflee has helmed Petronas through challenging times, starting with weak commodity prices in 2014, and steered the company through the period by reducing capital expenditure and cutting jobs, while churning out profits to pay dividends to the government.

Two weeks ago, Petronas announced that the company would be slashing its capital expenditure for the financial year ending Dec 31, 2020, by 21 per cent from its initial estimate of around RM50 billion due to challenges due to the COVID-19 pandemic that had led to supply-demand shock in the oil market this year.

Meanwhile, Petronas, in a statement, announced that Wan Zulkiflee will be retiring from the company on June 30, 2020.

It said Wan Zulkiflee will leave after 37 years with the organisation and his appointment to the role of chairman of MAB follows his vast experience in steering the national oil company with many notable achievements while navigating a challenging business landscape.

He also assumed the additional role as Petronas chief operating officer in 2012.

"Petronas would like to thank Tan Sri Wan Zulkiflee for his immense contributions during his 37 years with the company. We wish him all the best in his future undertakings,” said Petronas. - Bernama 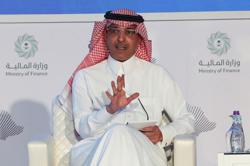