BEIJING: China has suspended debt repayment for 77 developing countries as part of its efforts to help underprivileged nations in the fight against Covid-19.

However, it did not reveal the nations that would be benefitting from this move.

Chinese Vice Minister of Foreign Affairs, Ma Zhaoxu, made the announcement at a press conference where the country also issued a white paper on its war against the coronavirus.

It recorded the country's efforts in combating against the pandemic while sharing its experience with the world.

Ma revealed that the country had so far provided assistance to over 150 nations in various forms, including dispatching their medical experts out.

"When we were at our most difficult time, more than 170 world leaders, over 50 heads of international organisations and 300-over political parties sent their regards and support to us.

"A total of 77 nations and 12 international organisations donated items for us to combat the virus while people from all over the world showed their support for China in various forms.

"We will not forget this precious friendship," he said.

Ma also refuted claims that China's relationship with other countries were affected by the negative sentiments brought by the pandemic. 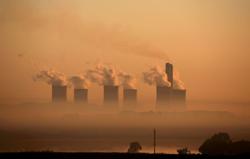 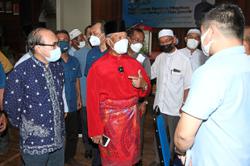